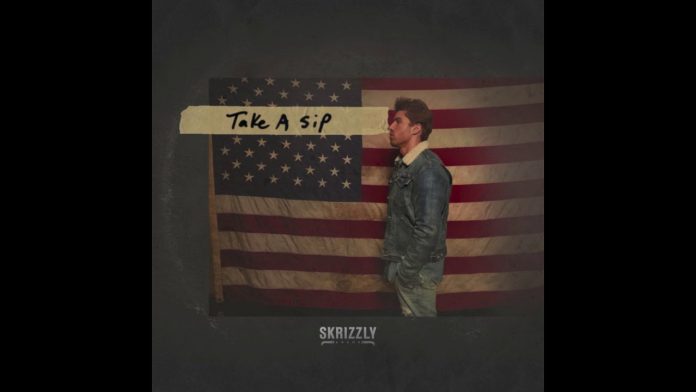 Exclusively for gentlemen’s club DJs, the StripJointsMusic.com DJ pool has released its latest tracks on Volume 74! Just log in (or set up an account if you’re a club DJ, it’s FREE!) and download these and many other songs right now!

City Girls (feat. Cardi B) “Twerk”
Miami-based duo City Girls has been featured on StripJoints before with “Take Yo Man.” The group is back at it as we flip the calendar with “Twerk”. What’s more, City Girls has brought in the talents of one Cardi B, who helped “Twerk” break into the Billboard Hot 100 in November 2018. “Twerk” starts fast and furious with the bass dropped low, making it the ideal opening for a club banger. Sandwiched in between J.T. and Yung Miami, Cardi B makes her presence felt while the two Miami rappers more than carry their weight lyrically for this fun-charged rap tune.

Quavo “Workin Me”
As one of the members of Migos, Quavo is no stranger to musical success. It’s no surprise to see him (and the other members of the group) branch out. For Quavo, that has taken the form of “Workin Me”, a single off his debut album “Quavo Huncho”. In “Workin Me”, Quavo never overexerts himself and instead lets the rap come out naturally. The end result is a track that Migos fans should enjoy and Quavo fans will devour. In other words, this one merits a lot of airplay thanks to its laidback vibe coupled with Quavo’s polished skillset.

Skrizzly Adams “Take a Sip”
With a name like Skrizzly Adams, it’s hard to go wrong. Luckily, Adams (real name Daniel Zavaro) has the music proficiency to match his catchy moniker. Adams has tasted critical success, winning Grand Prize at the 2015 International Songwriting Competition. With “Take a Sip”, Adams has a song with mainstream appeal. The opening of “Take a Sip” will undoubtedly remind some listeners of Weezer’s “Beverly Hills”. Skrizzly Adams has a distinct vocal style that meshes country with mainstreamed hip-hop. “Take a Sip” harkens back to a more innocent time but has a more sinister sound that packs an anthemic punch.

Wale – “Pole Dancer” (feat. Megan Thee Stallion)
Wale’s success makes him no stranger to the club scene, and with the new single “Pole Dancer,” the rapper touches on the openly sexual life he is leading as a single man in the rap game. “I broke up with her, it ain’t work out,” says Wale in the song’s opening lyric over an infectious groove. “Girl I don’t need ya I just want ya,” Wale emphasizes in the track’s story about a stripper who is above the likes of most men, but easily dispensable in the sex life of Wale. After all, as he says “My DMs full of you bitches.” Killing the track with a vicious last verse is Megan Thee Stallion, whose hard upfront and erotic lyrics establish her as a freak on Adina Howard levels. “I need a boo with a real big ole’ rooster to come to the coupe and ruffle my feathers,” Megan tells in a vivid and not so subtle way. “Pole Dancer” has obvious lyrical compatibility with the gentlemen’s club scene, but the song’s luring rhythm and tone create magnetic energy that few will object to.

iLoveMakonnen – “Spendin’” (feat. Gucci Mane)
iLoveMakonnen’s high spending lifestyle and carefree attitude are the subjects of “Spendin’,” featuring Gucci Mane. The song’s dreamlike almost childish melody inserts a charming vibe to go along with the rapper’s playful drama of success cruising the streets of LA’s Rodeo Drive and the Vegas strip, avoiding arrest from the cops because he made it legitimately — “Nothin’ in my car because I’m not selling weed,” he raps. Gucci Mane’s posturing suits the track, as he claims “16 bars cost you a house,” announcing just how much he needs to be paid for a verse. His baritone delivery is a compatible opposite and eclectic mix with Makonnen’s falsetto style. Makonnen’s return to form should make a welcome addition to the gentlemen’s club scene, and nobody is questioning that “The Jay-Z of the South,” as Gucci calls himself, is a party starter.

Lil Pump “Racks on Racks”
Lil Pump is a Miami-based rapper, who has already rubbed elbows with the likes of Kanye and Hollywood (he’ll be featured on the soundtrack for Deadpool 2). Having appeared on the mainstream consciousness with his song “Gucci Gang,” Lil Pump dropped “Racks on Racks” in anticipation of his album “Harvard Dropout” due out in late February. With “Racks on Racks” Lil Pump is dishing out the soulful flavor that has endeared him to millions already. Spitting quickly, Lil Pump is clearly a showman like his collab partner, Kanye (though not on the same level, yet).

Shoreline Mafia “Bands”
A relative newcomer to the West Coast hip hop scene, Shoreline Mafia is here to stay. With “Bands”, the group masterfully checks and balances its members—giving each ample time in the spotlight. Where “Bands” is mellow with its bass and unassuming with its beat, the song is delightfully forceful when any member is rapping. Featuring four members and hailing from Los Angeles, Shoreline Mafia could be hip-hop’s worst-kept secret. Another number like “Bands” and the secret will be out.

ITSOKTOCRY “Jirachi”
With its haunting melodies and breathless flows, “Jirachi” is a song that lends credence to the term psychedelic rap. It actually seems to be a departure from ITSOKTOCRY’s normal track listing, and with “Jirachi” this rapper has the sample to be introduced to the masses. “Jirachi” is a perfect play for a slower-paced point of the night when everyone is hanging out but on the cusp of cutting loose. That’s how “Jirachi” can be summed up—it’s a treat bubbling up to full blast.

Sextronica “Little Voices” (feat. Claudia Monet)
Sextronica is hypnotic. “Little Voices” employs the talents of Claudia Monet and the video makes her look like a modern-day Madonna and the vocals and subject matter harken back to her ’80s sex icon days. “Little Voices” is a shining example of the modern musical marvels technology can achieve, supported by sheer human talent. Throw this song on while people are filing in to get the crowd primed for the show—no matter the entertainment.
Comments & Feedback

Diamonds and Blood will Make You Feel Alive