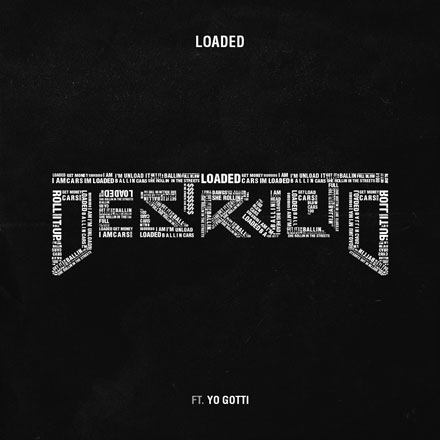 Exclusively for gentlemen’s club DJs, the StripJointsMusic.com DJ pool has released its latest tracks on Volume 78! Just log in (or set up an account if you’re a club DJ, it’s FREE!) and download these and many other songs right now!

Destructo “Loaded”
Chances are you know Gary Richards. You may know him by his stage name, Destructo. Alternatively, you may know him as one of the architects of the Electric Daisy Carnival. In any case, Destructo is a DJ/producer packing a portfolio with a who’s who of names:  YG, Ty Dolla Sign, Major Lazer and Depeche Mode, to name a few. In “Loaded”, Destructo utilizes the talents of Yo Gotti. Given Destructo’s experience and deft touch as a DJ, it’s no surprise “Loaded” starts off with an infectious beat that hooks the listener immediately before Yo Gotti takes over. Destructo’s effects give Gotti almost a sing-along hum, but it works smashingly in this song — everything does.

Destructo “Boom”
“Boom” may not have necessarily been made with autonomous sensory meridian response (ASMR) in mind — that positive tingle some people get when hearing certain sounds — but it starts with some sounds that are absolutely cheerful and attention-grabbing. “Boom” features the talents of Problem, a rapper that has worked with the likes of Snoop Dogg, Ariana Grande and Kendrick Lamar. Like any master of their craft, Destructo blends Problem’s raps seamlessly with a “Boom” of electronic music.

Weapons of Anew “Sundown”
Weapons of Anew is a hard rock band led by guitarist Freddy Ordine (Axiom and HavocHate) and singer Ray West (Spread Eagle). “Sundown” is from the band’s debut album, ”The Collision of Love and Hate”, produced and engineered by James F. Murphy (ex-Death, Testament and Cancer). “Sundown” starts with some shredding on the part of guitarist Freddy Ordine with an opening reminiscent of Ozzy Osbourne’s “I Don’t Wanna Stop” before singer Ray West carries the tune with his searing vocals.

Sean Paul & J Balvin “Contra la Pared” (Banx & Ranx Remix)
We reviewed the original “Contra la Pared” for StripJoints Vol. 77. Check it out here. With the Banx & Ranx remix, the uplifting effects are heard immediately. Banx x Ranx is a music production duo hailing from Montreal. As a production duo, you don’t actually hear Banx or Ranx per se, but their computerized magic is on auditory display.

Scott Stapp “Purpose for Pain”
Fans of Scott Stapp, formerly of Creed fame, will be happy to learn Stapp is back with a new album, The Space Between The Shadows, due out next month. It’ll be Stapp’s first album in nearly six years, so the wait is over! As for “Purpose for Pain,” the lead single, this track is relentless. Stapp’s vocals lure you from the beginning “I wait in the dark/through whispering winds, I hide lie in wait because I know how it ends…” and don’t let up throughout. The song has already charted on Billboard’s Mainstream Rock chart.

Messer “Simple Man”
Ignore the shared title with Lynyrd Skynyrd’s 1973 hit, because that’s about all the two have in common. Messer, a hard rock ensemble from Dallas, did not just put a hard spin on the aforementioned single, it’s a completely different tune. Interestingly enough, Messer released “Simple Man” in 2013, but is just now filming the music video for it. Frankly, the delayed video is A-OK if it means this single gets to resurface. It’s got a gritty chorus, and Dereak Messer’s vocals do a great job while Javier Contreras and Donnie Deville shred on guitars.

Granny 4 Barrel “Nitro Sexy”
Your favorite octogenarian rocker is back! (OK, admittedly, we don’t know how old Granny is) Granny 4 Barrel is out with a new track, “Nitro Sexy”. If you’re out of the loop, Granny 4 Barrel is a neo-Victorian shock rock band fronted by … Granny. The music video is a hoot, filmed at a deserted drag strip with the help of a roller derby team, a car club and some of the finest talent from Jaguars Gentlemen’s Club. The song itself is just as much fun, emblematic of the full-throttle energy Granny 4 Barrel is known for. “Start your engines/addicted to velocity…Do it till you feel alive!” Don’t let Granny’s age fool you — she’s got pipes. And they’re reflected perfectly in this pump-up tune.

That time my mom came to Tootsie’s

Bringing up the house at the Pony Club Memphis