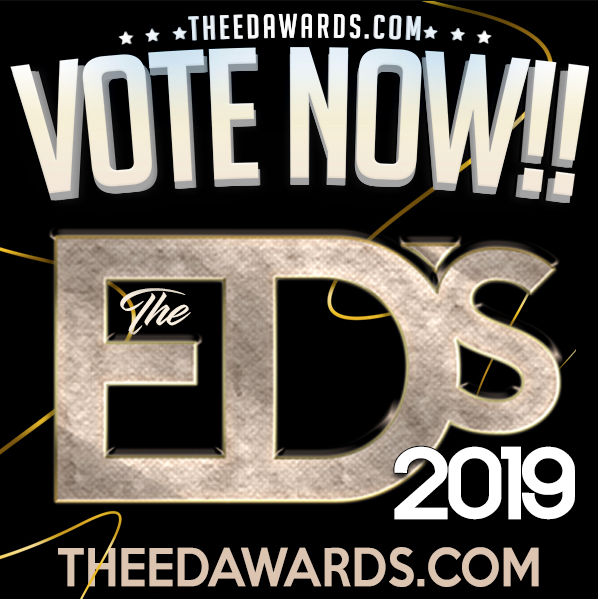 The 2019 ED’s Awards Show will be held Tuesday, August 13th, at the Criss Angel Theater in Las Vegas during the Annual Gentlemen’s Club EXPO. The Final Ballot will go live on Wednesday afternoon, June 26th at www.theEDawards.com, and remain live until July 8th!

It’s still the only awards show in the world honoring gentlemen’s clubs, club staff and feature entertainers, and in 2019 the multi-billion-dollar adult club industry will once again collectively descend on Las Vegas to honor the best of the best. The 2019 Adult Nightclub & Exotic Dancer Awards Show—the ED Awards—will be held on August 13th during the Annual Gentlemen’s Club Expo at the Planet Hollywood Resort & Casino. The 2019 ED Awards Show is presented in a brand partnership with Patron Tequila, and will be hosted by top comedian and Comedy Central star, Chris Distefano.

The ED Awards Final Ballot will remain live for voting until July 8th.

The ED Awards also honors club staff, as they are the ones largely responsible for helping their clubs achieve their success. There are three categories for staff awards: General Manager of the Year, Club Employee of the Year and DJ of the Year.

The criteria for the final Entertainer of the Year nominee has remained steady for the past several years: The nominee will not only receive support on the ED Awards Pre-Nomination ballot, but she will also represent the top “showgirl” entertainer who has had the most club bookings in the preceding 12-month period. In 2019, that entertainer is Bellzora. Each of these Entertainer of the Year nominees will perform live during the Annual ED’s Awards Show.

Here is the complete list of 2019 ED Award Nominees!

Overall Gentlemen’s Club of the Year

Club of the Year – East

Small Club of the Year – East

Club of the Year – South

Small Club of the Year – South

Club of the Year – Central

Small Club of the Year – Central

Club of the Year – West

Small Club of the Year – West

International Club of the Year (outside of the 50 US states)

Urban Club of the Year

Club Chain of the Year

Overall Entertainer of the Year

Newcomer of the Year

Club Favorite of the Year

International Showgirl of the Year

Adult Entertainer of the Year

Miss ExoticDancer.com of the Year

General Manager of the Year

Employee of the Year

DJ of the Year

If you watch Comedy Central, you’ve definitely seen Chris Distefano. His own TV show? Yes—a series called “Stupid Questions with Chris Distefano” which airs on Friday nights. His own one-hour special? Yes—“Chris Distefano: Size 38 Waist” premiered in January 2019. And after recently being signed to an exclusive deal with Comedy Central, expect Chris to be a fixture on the channel that showcases the top current and up-and-coming comedians in the world.

Chris first burst onto the scene as a standout on MTV’s talking heads franchise Guy Code/Girl Code, with PopSugar naming him the “funniest guy on MTV.” He went on to star in the IFC series Benders and serve as co-host of Netflix’s Ultimate Beastmaster. He has appeared on TruTV’s Comedy Knockout and MSG Network’s People Talking Sports, and he has performed stand-up on NBC’s Late Night with Seth Meyers, and AXS TV’s Gotham Comedy Live.

The EXPO hotel room block—which has sold out every year for the past four years—is set to expire on July 10th! Hotel rooms at Planet Hollywood start at just $79 per night, Sunday night through Wednesday night, and can be booked today by visiting this link or by calling 866-317-1829 and asking for the “Gentlemen’s Club Expo” rate. 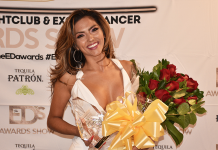 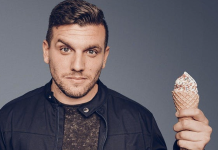 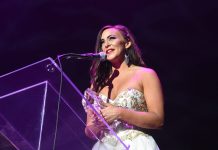 Get to know Entertainer of the Year Natasha Nova!

Get to know DJ of the Year nominee, “Binger”!