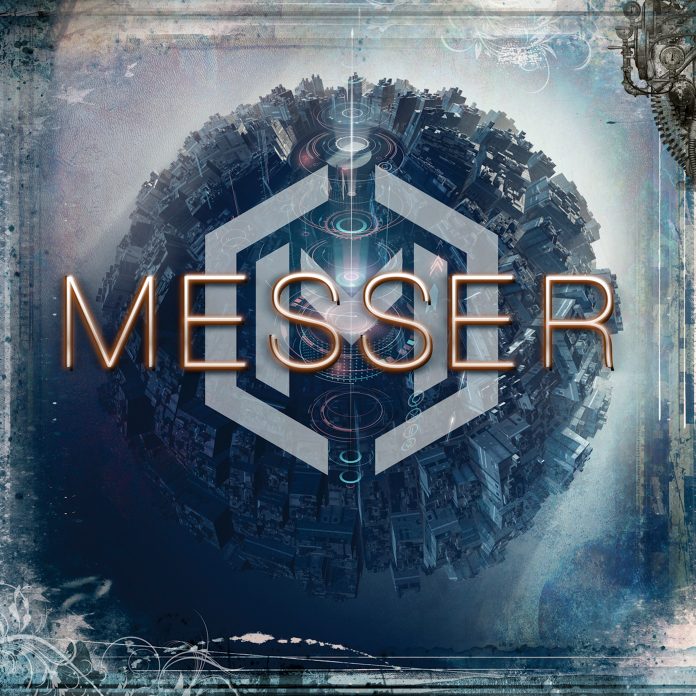 Ask most music execs or musicians alike, and they’ll tell you an album, carried out to its zenith, becomes a marker, a stand-alone relic of the era in which it’s produced.

“We feel we have made the perfect freshman album,” says Dereak Messer, frontman for the band Messer, which released its eponymous debut album. “Each track we feel could stand on its own as a single, but each song also works as a piece of the puzzle to tell our life stories.

“We believe we have created a timeless album of songs that the next generations will still listen to and carry forward,” says Messer.

ED spoke with Messer on the band’s extensive touring schedule, the music video of as well as the lyrical content of their single “Simple Man”, and what their live shows are like.

ED:  We’ve reviewed “Make This Life” before when it was being released — can you talk about what you’ve been doing in the time since?

MESSER:  Since the release of “Make This Life”, we have done a lot of touring. Some headline tours as well as support for larger acts, such as, Gemini Syndrome, Royal Bliss, Pop Evil and currently we are on tour with Scott Stapp. We have probably crisscrossed the country a few times by now. It’s important to be on the road when your single is released so that you can get in front of as many people as possible, so we try to hit every market that we can as well as lots of radio station visits. After the cycle ran for that song, we followed it up with “Save Myself”, which is track number 8 on the album. We had great success with both of those songs breaking the Top 30 on the Active Rock Charts and we are now on tour supporting our third single “Simple Man”, which has climbed to #23 so far.

If the crowd isn’t on their feet, fists in the air and sweating with us, then we aren’t doing our jobs. — Dereak Messer

ED:  You filmed the music video for “Simple Man” years after the single itself was released, so what’s it like to shoot a video for an-already-released single?

MESSER:  Well, we did release this track a while back, but it was a soft release and the song has since been remixed and remastered, so not many people have heard the other version. Being that this was the first song we recorded with our producer/co-writer Chad Gendason, we all felt it was important to include it on this debut album. But as far as the video goes, we approached it as if it were a new track. We felt it was still very relevant, due to the subject matter. “Simple Man” was written from the perspective of someone who is fed up with the drama of social media and the society we live in, where we crave the approval of society. It speaks to the person who wants to find their own power and focus on clarity of self. “What doesn’t kill me, makes me stronger” is the mantra and we hope people will find strength within these words.

ED:  Talk about your ongoing tour with Scott Stapp and Alien Atmosphere?

MESSER:  “Alien Atmosphere” didn’t make it on this run. They were replaced by “Weapons of Anew” on the first leg of the tour and by “Sunflower Dead” on the last half of the tour. We are two shows deep into this tour at the time of this interview. Scott and his whole crew have been very gracious and have greeted us with open arms. Being main support on this tour is great because their fans are usually in the venue by the time we take the stage, so we are getting great exposure. We are mainly playing theaters and House of Blues with a few festival shows thrown in, so it’s mainly large crowds that are hungry for something new.

ED:  What’s the most memorable live performance you’ve had? What made it so memorable?

MESSER:  So many great shows to only pick one, but I would say playing a Sold Out show at the famous Fillmore in Detroit, opening for Pop Evil. Amazing crowd and Leigh Kakaty has us up stage for his encore and let me sing their biggest hit “Trenches” with him.

ED:  For those who have never seen Messer live, what can attendees expect at a Messer show?

MESSER:  Lots of energy! We start hard and finish the same. We like to take the crowd on a journey with us. We live out moments of our lives on stage each night and make sure we leave it all on the stage. If the crowd isn’t on their feet, fists in the air and sweating with us, then we aren’t doing our jobs. We pride ourselves on our cutting edge sound quality and light show, that helps deliver each song’s message.

ED:  On your website’s video, you mention you want to leave show-goers with more than an auditory show so how do you go achieving that beyond the light effects you hinted at in the video?

MESSER:  We have dedicated hours of time to dial in our sound, so that you feel each instrument individually, as well as hear every word with clarity. We have designed this show to where you get those moments in each song where the sound can overtake you emotionally with the vibrations being put out. We have fans each night tell us how a certain song moved them or how it made them cry. We want you emotionally drained as well as uplifted when leaving our shows.

MESSER:  This song is infectious and has a driving beat. You can’t help but move to it. We see it from the stage nightly.

SOiL has earned its lovin’