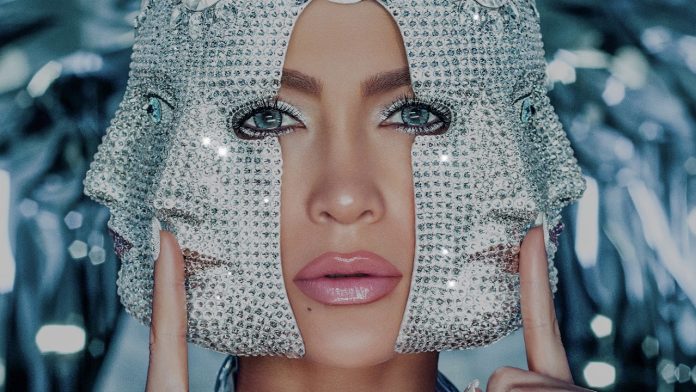 Exclusively for gentlemen’s club DJs, the StripJointsMusic.com DJ pool has released its latest tracks on Volume 77! Just log in (or set up an account if you’re a club DJ, it’s FREE!) and download these and many other songs right now!

PopLord “Call Me Daddy”
With a sound like a church organ opening, “Call Me Daddy” shows PopLord (no relation to StarLord) is a formidable new player in the hip-hop genre. Enlisting the talents of Lil Baby (a part of two top 10 Billboard tracks), “Call Me Daddy” is a sermon on PopLord’s success, with him waxing poetically about his affluent lifestyle “I just bought a bitch a new penthouse…now she gonna forever call me daddy/Slide in that pussy like DMs”. This track has a summery feel to it and with summer coming into view, “Call Me Daddy” could be PopLord’s intro to mainstream success and can be chalked up as another “W” for Lil Baby. Or is it pops?

It’s a rare sight to see unanimity on YouTube, but that’s what “Because It’s Wrong” by Skrizzly Adams has achieved as of this writing with 90 Likes to 0 Dislikes on YouTube. Clocking in at a healthy 5:04, “Because It’s Wrong” is an emotionally charged anthem ” that showcases Skrizzly Adams at full musical capability. While this doesn’t have quite the hip-hop hues his other song “Take a Sip” had, “Because It’s Wrong” blends country and pop effortlessly. Lest we forget, Skrizzly Adams won Grand Prize at the 2015 International Songwriting Competition and some of the song’s lyrics ooze of a scarred past “I’m just the man who thought he had to put up a fight … And you said I was weak, and I think you’re right” and “I’m just twenty-three, all messed up and that’s the deal/Cause when everything goes wrong, you just learn to deal.” Don’t let the heartwrenching lyrics dissuade you — “Because It’s Wrong” has plenty of catchy verve to jam to while boasting meaty undertones.

Darnell Williams “Turbo”
“She know I got a big ego, but my bills bigger” That magical opening shot is delivered by Darnell Williams in his new track “Turbo.” Featuring bass-heavy trap, “Turbo” was crafted for the gentlemen’s club industry. Darnell Williams is a Detroit native who started as a videographer and got his first break with Big Sean on his remake of “Too Fake.” After a two-year stretch of homelessness in Los Angeles — where he was trying to carve into the music business — Williams has found his footing and “Turbo” is proof he’s off and running.

If you’ve been anywhere near terrestrial or satellite radio within the past five years, you know who DJ Snake is. So with hits like “Lean On” and “Taki Taki” (with Selena Gomez, Cardi B, and Ozuna) ” to his credit, is it any surprise that “Enzo” has a killer beat that Offset, 21 Savage, and Gucci Mane can feast on? It must be a musician’s treat to work with a DJ with such creative depths and malleability. DJ collaboration tracks are always interesting to see how much direct influence the DJ has — case and point, in “Enzo” DJ Snake takes the backseat to his trio of rap guests who each deliver with a stanza stronger than the last. (Fun fact: Enzo is a reference to a Ferrari model, but Urban Dictionary also sheds favorable reviews on the search “Enzo”)

Philly Swain “She Love Me” (feat. Travis Scott)
Nothing like a good first impression. This song hooks you in from onset because of its rhythmic drums in concert with Philly Swain’s “inner” dialogue. “She Love Me” has a Goldilocks-type speed about it, it’s the perfect tune to throw on cruising in the car. Alternatively, it is an ideal fit for an entertainer to dance to just as the crowd has settled in. It’s an interesting sound because Philly Swain came up in the rap game as a legendary emcee, but has started focusing his time more heavily on his studio career. Travis Scott is a big get certainly, as many listeners should still have the insanely catchy “Sicko Mode” on the edges of their auditory memory.

J. Lo is back. It seems all that time she’s been spending with A-Rod hasn’t deterred this Bronx music royalty from the studio as she whipped up “Medicine” featuring French Montana. Opening with a sassy saxophone, “Medicine” has Lopez rapping about being the antidote to an unnamed “bad boy” — “Think you need some medicine/Give you a taste of what you give out.” The song is reminiscent of her 2002 smash “Jenny From the Block”. This track is a nice reminder that Lopez was truly a musical sensation that now makes less frequent appearances on the charts, but for younger listeners who may not be well accustomed to Lopez, “Medicine” will go down smoothly.

“Waterfall” is a track from rapper Coca Vango. Many listeners may not be familiar with Coca Vango, whose most popular hit would have to be “Sauce All On Me,” but “Waterfall” is sure to attract a wide swath of ears. The song opens with a thumping and pleasurable barrage of sounds with Coca Vango’s chorus of “Drip down on me/Like a waterfall”.  By the time Tyga — of “Rack City” and, more recently, “Taste” fame — pulls up to “Waterfall” to deliver his bars, Coca Vango has already enamored listeners with his raps. This song features a clubby vibe that compliments both rappers well and makes for a great play at the club.

Angela Mazzanti “The Greatest”
Mazzanti has already worked with the likes of Rick Ross and has more than half a million followers, and has built a reputation as a model as well as an entrepreneur so the limelight is nothing new to he, nor does she wilt from it. In “The Greatest”, Mazzanti raps about making it in the game as an up-and-coming woman entertainer. Caskey is a steadying force with his interlude with his softer-spoken raps. “The Greatest” has a phenomenal and insanely catchy beat that begs this track be put on repeat.

Can you believe it’s been 13 years since “Temperature”? Hopefully, you’ve aged as well as Sean Paul’s abilities — which is to say, Paul is just as masterful in “Contra La Pared” as he was in 2006’s “Temperature.” “Contra La Pared” which translates to “against the wall”, utilizes the talents of Columbian singer J. Balvin for a suave, bilingual tune. Paul brings his trademark tropical beat, featuring that reggaeton bass, to “Contra La Pared”. The trumpets in particular really bring a spark to the song that is hard to replicate and brings a touch of authenticity in this day of computerized sounds.

Reya Sunshine – No rest for the wicked

The HAM Radio Show is now available on ALL Amazon Echo...