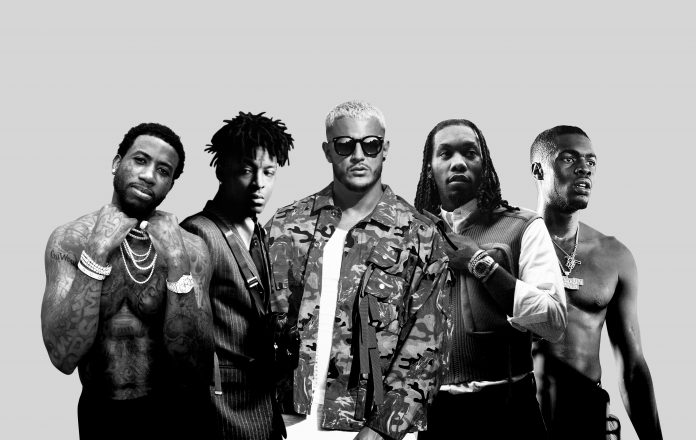 The man behind “Taki Taki” is out with another hit that’s sure to keep everyone in the club cruising on a good time.

Hip hop is a genre heavily identified with the gentlemen’s club, so when you mix those two and add a radio-topping DJ/producer to the mix and it’s sure to culminate in a cauldron of listening enjoyment.

Readers will know DJ Snake from his work on smash hits “Turn Down For What” (with Lil Jon), “Let Me Love You” (with Justin Bieber) and last year’s tropical jam “Taki Taki” (with Selena Gomez, Cardi B, and Ozuna). Gentlemen’s club DJs will be familiar with “Taki Taki,” as it still resides on the Panda Top 10 after seven months on the charts, including stints at #1 in December and February.

With “Enzo”, DJ Snake utilizes the talents of Migos rapper Offset, 21 Savage, Sheck Wes and Gucci Mane — so don’t be surprised to see this track with some staying power. The title can refer to either the founder of Ferrari or a limited produced model in his name, the Ferrari Enzo. (Interestingly enough, an Urban Dictionary search reveals Enzo to be a highly virtuous male name).

What really stands out immediately about “Enzo” and continues throughout the song’s duration is how crisp the melodies and beats are. The rappers do their thing, sure, and do it well. But it’s the music that lingers in this song and then you remind yourself, behind the scenes is a DJ slithering around to the beat of perfection.

Diamonds and Blood will Make You Feel Alive

PANDA’s Feb interviews are “Off the Charts”!

Let your “Hair Down” with Vol. 81 of StripJoints