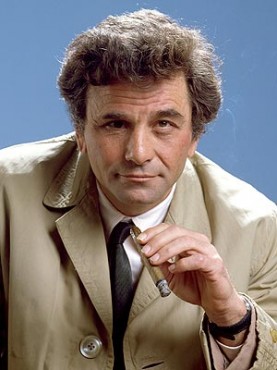 It Only Took Columbo

It took Christopher Columbus only 10 weeks to sail from Spain and discover America.

Situation status? Resolved. Yes, there is land on the other side of the ocean.

It took the Warren Commission only 10 months to investigate the assassination of President John F. Kennedy and issue its report.

Possibly the most famous criminal trial in the history of the United States, the trial of O.J. Simpson for the murder of his ex-wife, Nicole Brown Simpson, and her friend, Ron Goldman, lasted just 11 months.

It took Herbert Melville 18 months to write Moby-Dick, universally recognized as one of the 10 greatest books in the history of mankind. Melville was even quoted as saying that the book took a year longer to write than he had anticipated.

Then there’s the Robert Mueller investigation, which has been going on for 22 months with no end in sight. His investigation started on May 17, 2017. To put the time frame into perspective, that was two Super Bowls ago.

No, it’s an investigation to determine if Trump or some of his minions chatted with the Ruskies before the Presidential election. In a world full of security cameras, Google mining your every search and email, the NSA eavesdropping on every phone call, and satellites that can read the brand of your smart watch, Mueller, after almost two years, still can’t tell us whether or not Trump’s people called Putin’s people for some dirt on Hillary.

Holy shit, it only took Peter Falk an hour to solve a complicated crime on Columbo, and that included a bunch of commercials during the hour.

There’s a joke about Pope Julius walking into the Sistine Chapel four years after Michelangelo started painting the ceiling. Pope Julius looks up at Michelangelo laying on his back on a scaffold, a paintbrush in his hand, and says, “Enough already. Finish the damn thing!”

So we say to Robert Mueller, “Enough already. Finish the damn thing.”