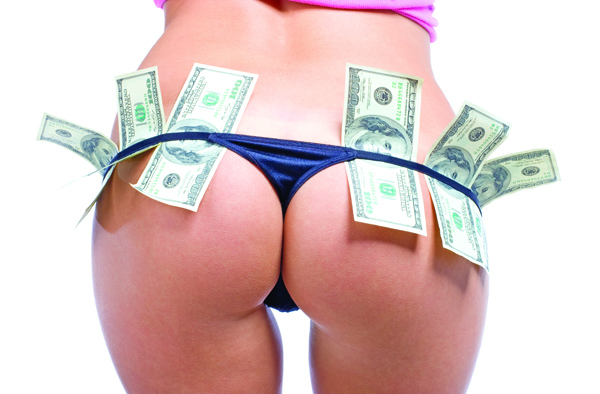 It sounds like the name of laundry detergent, but the only thing it may be washing away is your club’s profits.

The word is Dynamex.

And just the sound of that word sends shivers down the spine of every adult nightclub owner in California. But before you breathe a sigh of relief and say, “There but for the grace of God, go I,” be aware that your state may soon be facing a similar Dynamex debacle.

Dynamex is shorthand for a California legal case called Dynamex Operations West, Inc. v. Superior Court of Los Angeles. It all started when two delivery drivers for Dynamex, a same-day courier and delivery company, filed a class action suit against the company, claiming the company had misclassified them as independent contractors and not employees.

The drivers complained that as independent contractors they were required to provide their own vehicles and pay for all of their transportation expenses, including fuel, tolls, vehicle maintenance, and vehicle liability insurance, as well as all taxes and workers’ compensation insurance.

The suit noted that Dynamex obtained its own customers and set the rates to be charged to those customers for its delivery services, as well as the amount to be paid to drivers. Drivers were generally free to set their own schedule but had to notify Dynamex of the days they intended to work. Drivers made pickups and deliveries using their own vehicles and were expected to buy and wear Dynamex shirts and badges when making deliveries for the company.

Dynamex fought back against the suit. The case ended up before California’s Supreme Court, which in its April 30, 2018 ruling adopted a standard that presumes all workers are employees, not contractors, and that it’s up to the hiring company to prove otherwise. Under their newly adopted “ABC Test,” a worker is an independent contractor only if the hiring entity establishes all three of the following:
A. The worker is free from the control and direction of the hirer in connection with the performance of the work, both under the contract for the performance of such work and in fact;
B. The worker performs work that is outside the usual course of the hiring entity’s business; and
C. The worker is customarily engaged in an independently established trade, occupation, or business of the same nature as the work performed for the hiring entity.
Needless to say, when the Court ruling came down shock waves hit Uber, Lyft and every franchise business in California, as well as thousands of smaller businesses like beauty salons and landscaping companies.

“This kind of ruling is very attractive to states because it accomplishes what they really want, which is tax withholding from worker’s paychecks—something which is not required of monies paid to contractors. That’s the only way government is guaranteed of being paid their taxes. So why wouldn’t any other state see the beauty of the Dynamex decision?” – Attorney Edi Thomas

So what does this have to do with bouncing boobs on a stage, you might ask?
Well, most adult nightclub operators in California realized that it would be hard—if not downright impossible—for their dancers to meet all three letters in the ABC test.
Take B for example. The usual course of an exotic dance club’s business is that an exotic dancer dances in an exotic manner. It’s certainly anything but outside the course of the club’s usual business.

So, after the ruling many California adult nightclubs began getting sued based on the new Dynamex standard, and to attempt to settle the lawsuits, some clubs converted entertainers into employees and started handing out paychecks, which surprised the hell out of a lot of entertainers.

“I opened mine in the locker room, and I was shocked,” The San Francisco Examiner quoted a local dancer saying. “All the other girls were also freaking out. Me and my friends decided right then that we were done. That was the final straw.”

“This kind of ruling is very attractive to states because it accomplishes what they really want, which is tax withholding from worker’s paychecks—something which is not required of monies paid to contractors,” says Thomas. “That’s the only way government is guaranteed of being paid their taxes. So why wouldn’t any other state see the beauty of the Dynamex decision?”

The Examiner reported: “The move to convert dancers to employee status is causing an exodus, with many of them leaving San Francisco establishments.”

Axel Sang, marketing director of BSC Management which manages 10 of the 12 adult nightclubs in San Francisco, told The Examiner that about 200 dancers have fled their jobs since the change came down at the BSC-managed clubs and said that the change has “dramatically affected the business and the profitability,” costing the clubs “several million dollars” a year. He noted that, “A substantial reduction in the number of entertainers performing as well as the substantial increased payroll and other costs makes it very difficult to generate profits.”

“This is a severe problem and it’s very important to the whole industry. If it happens in California, rest assured, a lot of other states will pick up on it. If you don’t show up at the EXPO Legal Panel to hear from their great panelists about Dynamex and what you can do, then shame on you. It really is that important!” – Jim St. John, Spearmint Rhino

But my club isn’t in California!

Okay, so you have a short breather.

What happens when other states get a good look at the California Supreme Court’s Dynamex decision? When they study and like the simplicity of the ABC Test?

Your state could be next.

It’s an important enough issue that it will be the topic of the Legal Panel at EXPO 2019 this Aug. 11-14 at the Planet Hollywood Resort & Casino in Las Vegas. The Legal Panel, manned by both industry attorneys as well as top California club operators who are dealing with the Dynamex fallout, will address two areas:

1) Is there anything you and your fellow club owners can do proactively to keep a Dynamex-like ruling from happening in your state? Are there operational changes can you make at your club now to lessen the likelihood of a new statewide ruling?
2) If it appears your state is likely to adopt an ABC-like Test, what advice can California club operators provide to make the switch in the most successful, productive and least painless manner possible?

Jim St. John, vice president of acquisitions for the Spearmint Rhino club chain, has 45 years of adult industry experience. St. John also cautions that Dynamex is the worst thing to hit the adult nightclub industry in all of his years in the business.

“Dynamex is really a game changer,” warns St. John. “This is a severe problem and it’s very important to the whole industry. If it happens in California, rest assured, a lot of other states will pick up on it. If you don’t show up at the EXPO Legal Panel to hear from their great panelists about Dynamex and what you can do, then shame on you. It really is that important!”

The Independent Contractor vs. Employee Entertainer question has been a hot—and unresolved—topic for more than a quarter century. Believe it or not, it was the subject of the very first EXPO Legal Panel in 1993, and has been discussed at a dozen EXPO Legal Panels since then. But something very different is in the wind with the Dynamex decision.

Says St. John, “Trust me, it’s coming to your doorstep. No matter where you are, you should be very worried about what’s happened in California. The onslaught is coming, and the ‘big guys’ need the ‘little guys’ in this industry to help. You have to be in the trenches with us, fighting these battles. I have been to every EXPO from day one and trust me when I say, this is one everyone should attend.”

Club consultant and Exotic Dancer Hall of Famer Joe Carouba is the managing member of San Francisco’s BSC Management. Carouba, who has been on the front lines for the baptism-by-fire that is Dynamex, cautions club operators in other states, “Belonging to a trade association, following good practices and reporting all income is critical. And being a good neighbor in your community is helpful for the perception of our industry.”

Carouba, attorney Edi Thomas and Spearmint Rhino club chain President Kathy Vercher are three of the in-the-know industry professionals who will be on the EXPO 2019 Dynamex Legal Panel (Noon to 1:30 pm) on Wednesday, August 14, 2019.

Larry Kaplan has for 19 years been the Legal Correspondent for ED Magazine. He is a broker in the sale and purchase of adult nightclubs and the Executive Director of ACE of Michigan. Contact him at (313) 815-3311, larry@kaplanclubsales.com.

This article briefly summarizes extremely complex legal issues and is provided for general information purposes only and is intended to provide neither an exhaustive analysis of these matters nor any specific legal advice or recommendation. The positions and opinions expressed do not necessarily reflect those of ED Publications. Readers are encouraged to consult their attorneys for specific advice on these issues. Larry Kaplan and ED Publications do not guarantee the accuracy of this information.