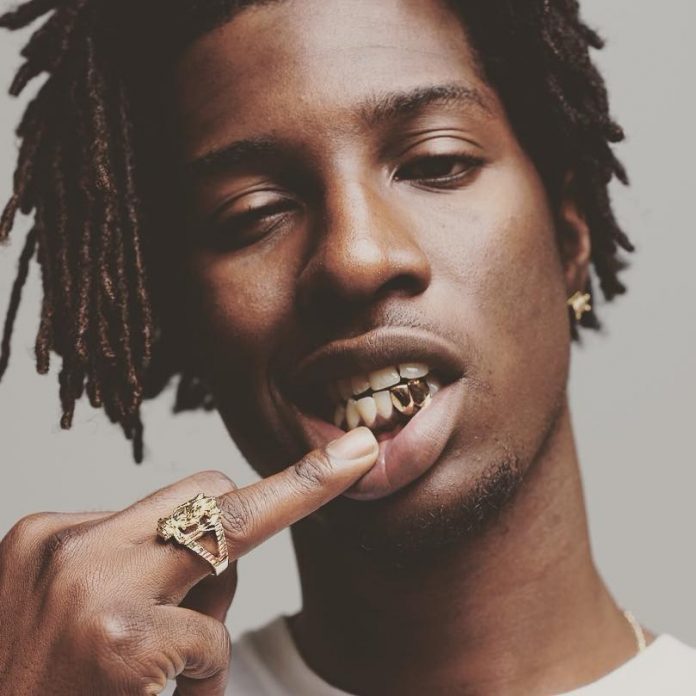 Darnell Williams couldn’t bear the thought of letting anyone down. The thought was so transfixing, it kept him hunkered in South-Central Los Angeles despite a bout of homelessness and a ready-made home in Detroit.

“My initial thought was ‘I have to go back to Detroit and save my money and try to come back out here,” recalls Williams of his initial move to Los Angeles — a rite of passage for many aspiring artists. “Then I realized Hollywood is right down the street. There’s so much opportunity here. If I can’t make it here, I can’t make it nowhere. Realizing the amount of opportunity is what kept me in L.A.

“There are so many people in Detroit fiending to come to L.A,” says Williams. “For me to come back, it wouldn’t have been a good look.”

ED caught up with Williams about his rapping ability to tackle any subject matter, working with Big Sean, and his new track “Turbo”.

ED:  You started as a videographer…was that something you hoped to parlay into music or would you have been content doing music videos? What’s the proudest video accomplishment you’ve achieved?

WILLIAMS:  As far as video directing, honestly — I always wanted to do music. I didn’t come into the game wanting to be a director. Growing up, I never saw myself as a director. I just kind of picked it because I was going to college and I needed to pick a major. I was like ‘I’m not going to go to school for music because I feel like if you’re good, you’re good.’ So I just picked. I like film, I like watching film, so I figured I’d try it out. I was just good at it. My proudest video accomplishment thus far would be a video I put out called “Fuck Hollywood.” I feel like it was a video I put out that raised the bar and it also was a life-changing video for me.

I can rap about fam, being on Zoloft. Somebody might be able to call me crazy, but everybody’s a little crazy. You gotta be to be cool with what’s going on in this world. — Darnell Williams

ED:  You mentioned your homeless period allowed you to connect with more people, how do you draw on those experiences for your music?

WILLIAMS:  I’m way more open. And then certain things I couldn’t relate to, I couldn’t rap about because I’ve never been there. I’ve never felt that pain, been alone until I went through my own experiences. It’s like ‘Damn, I empathize with you.’ From there, whenever I’m putting in my music I don’t consciously think about it. I’m just putting out my art and other people feel it. I’m not the first to make it and I won’t be the last.

ED:  How did you get to working with Big Sean on “Too Fake”?

WILLIAMS:  I had met him for the first time in his basement in Detroit. My homie was shooting a music video. We had a mutual friend so we went down there and shot the video. This was when he first got signed. I had his manager’s contact number and then I went to college that year. I hit him up saying we wanted to shoot the video. It was real spur of the moment.

WILLIAMS: I wouldn’t necessarily say it’s harder. It’s a time game. Everyone is going to get their time. Andy Warhol said in the future everyone will get their 15 minutes of fame, it’s at that point now. It’s just like are you going to be ready to monetize it? It’s really what you do with it when your time comes.

WILLIAMS:  I feel like at this point, I don’t even care. I’m doing all this to get my family to another place in life. If I have to sacrifice my emotions, that’s the least I gotta do — whatever. I can rap about fam, being on Zoloft. Somebody might be able to call me crazy, but everybody’s a little crazy. You gotta be to be cool with what’s going on in this world.

WILLIAMS: I specifically made it for the purpose of generating money. When it plays, everyone’s going to get paid. It’s like one of those songs in the casinos when they play that “keep-it-going” music while you’re winning. When that music gets going, you don’t know how to stop. This song will put you in the mood to be bumpin’ and throwing money.

Fun side of the Moon