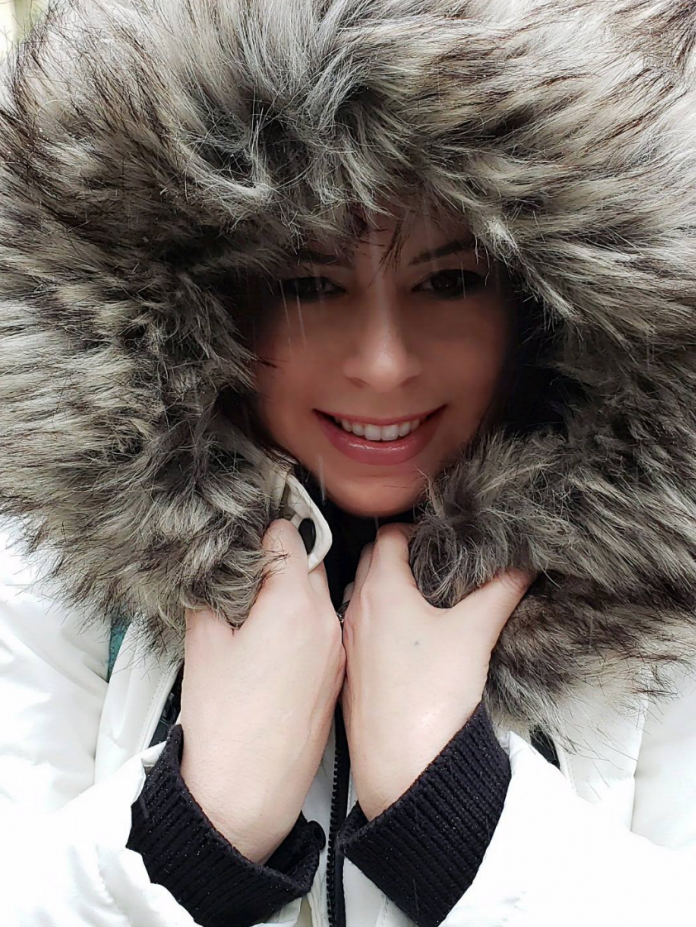 “She had the best of everything,” recalls Heaven. “I wanted (that) lifestyle.”

And so Heaven started as an entertainer at 18 in Jackson, Miss., at a club called Stardust. Life was rolling along until an injury forced Heaven to stop dancing.

“I was still stacking before I stopped dancing,” says Heaven, the house mom at Pony Club Memphis. “I was contacted by (Pony Club GM) Stephanie Wilbanks and she asked me what I thought about being a house mom. I said ‘Sure.’ I’ve been in the business since I was 18, I’m 39 now. How could I mess this up?

“I knew I could lead girls in the right direction to make money, I knew what I could bring to the club and I knew what energy I had,” she continues. “I’ve had a few hiccups in learning, but I think I’ve got the hang of it now.”

ED caught up with Heaven to get her to dish on being a house mom, working at the Pony Club in Memphis with Jerry Westlund, what it means to have her club hosting the EDI East and the impact of features on her entertainers.

ED:  Talk about an average day/night for you as the house mom at the Pony Club. What do you typically do to help the entertainers and ‘manage’ the dressing room?

HEAVEN:  An average night for me at the Pony Club is extraordinary every night. I am surrounded by the funniest, sexiest, most caring girls and it is literally a party every night, even on slow nights. And we cut up, all the time! I don’t sit in the dressing room. I come on the floor, I do what needs to be done whether it’s my job or someone else’s job. I make sure my girls are supporting each other. I make sure to support my girls. I want to make sure that they are getting the best out of their night that they can possibly get.

As far as managing the dressing room, my girls will tell you I’m real strict about pushing the chairs under and respecting their spaces and each other. I like to have a peaceful dressing room so they can escape the negativity or anything bad that they went through at home or in everyday life. So it’s important to me their dressing room is a safe space, always positive. I have positive signs hanging everywhere.

HEAVEN:  If your club doesn’t have a house mom, you’re messing up. She’s the liaison between management and the girls. She’s the velvet glove to the sometimes iron fist. She’s everything to the girls. She’s also the person who makes sure the girls look pristine before they hit the floor. It also helps if she has her cosmetology license so she can do hair, nails, and makeup. I think it’s important to be on call 24 hours to these ladies. If you don’t have a house mom, you don’t have that.

ED:  What has it been like to work for one of the most high-profile club owners in our industry in Jerry Westlund? You must have at least one great Jerry story you can share with us!

HEAVEN:  This is probably my favorite question. It has literally been such a joy to work for this club and for this man. Jerry is unlike any owner I have ever met. He does so much behind the scenes that you could not imagine. I’ve often worked for clubs where owners are just looking at their girls like dollar signs but this man does things for his girls that are over and beyond. He actually, genuinely cares about their well-being, he cares if they’re having a good time, he cares if they’re making money, he cares about his staff and he treats us like royalty. And it’s not just about the things that he does for us, it’s really about his heart. He’s given me so much in opportunities that it is crazy and I would not be where I am today if it were not for him. He has taught me so much, especially in the staff side of the business and it’s amazing to come from entertainer to staff and see the difference.

Jerry stories — yeah I got lots of those. I’ll just say that man can party like no other. His energy is unmeasurable. And he’s an excellent dancer!

Jerry (Westlund) is unlike any owner I have ever met. He does so much behind the scenes that you could not imagine. I’ve often worked for clubs where owners are just looking at their girls like dollar signs but this man does things for his girls that are over and beyond.
— Heaven

ED:  Our EDI East contest will be at the Pony Club in Memphis in two weeks, what’s your favorite part of working with a feature entertainer or feature contest when they’re booked at the Pony Club?

HEAVEN:  I’m super excited about the EDIs coming to the Pony Club. There’s new features that I haven’t met yet. I love when we have features, I love their energy.  (I love when they bring their pets. I spoil them.) I love when they’re nice to my girls, because my girls just want to take pictures and get to know them. And even on rough days, they all have been super cool. But I would say my favorite part is getting to see all the costumes and the difference in all the shows they put on. No feature that we’ve had has been the same run-of-the-mill feature show, they’ve all brought something different and I like that it encourages my girls to step their game up and entertain in a different way.

ED:  What is your favorite music to hear on a busy Saturday night at the club? Conversely, when you’re not in the club, what music do you prefer to listen to?

HEAVEN:  My favorite music to hear on a busy Saturday night is top 40, number one hits, old-school hits — but the absolute best thing is the sing-alongs. When the Pony is packed shoulder to shoulder and we do ‘Friends in Low Places’ or we do ‘Family Tradition’ or something along those lines and the DJ turns that sound down and you can hear echoes of people singing in unison with their beers in the air, it is an energy unlike no other and you know that you’ve just thrown a f****** party. Outside the club I’m a metal chick, I love hardcore rock, I like ’90s hip-hop, I like R&B from back in the day (they don’t make love songs like that anymore)  I even like oldies..I like all kinds of music. My playlist will go from opera to Miley Cyrus to Otis Redding to Satyricon. Don’t judge me lol

ED:  If you could see any concert or lineup of artists, living or deceased, who would it be and why?

HEAVEN:  I would definitely have to say Elvis. He’s the King. I would want to see Prince, because he’s the best. Alive right, now I want to go see Chris Stapleton so bad and guess who’s taking us … Jerry!!! I also would love to see Janis Joplin, she’s just got soul. Oh, and Pearl Jam.

Where do you originally hail from:  Jackson, Mississippi

Years employed at the club: 2

Years in the industry:  21 years

Industry hero: I would have to say both Jerry and Stephanie. Both of those people have encouraged me, have taught me, have mentored me, and showed me so much. I’m sure it’s been a challenge on their part. I’m a bit of a diva…That’s Jerry’s fault.

Favorite feature entertainer: I don’t have a favorite, they’re all different and unique in their own way and I love all of them.

Favorite part of your work night: When one of my girls comes in and says “mama I got a hot tub” or “Mama I got a time room using your advice,” it really shows me that they pay attention and that I can make a difference in their stacking.

Advice for fellow house moms:  Always be there 24 hours, keep your dressing rooms clean and be positive. My secret: do what needs to be done, even if its not your job, even if no one’s told you to.

No such thing as “Too Much” of StripJoints Vol. 82!

SOiL has earned its lovin’