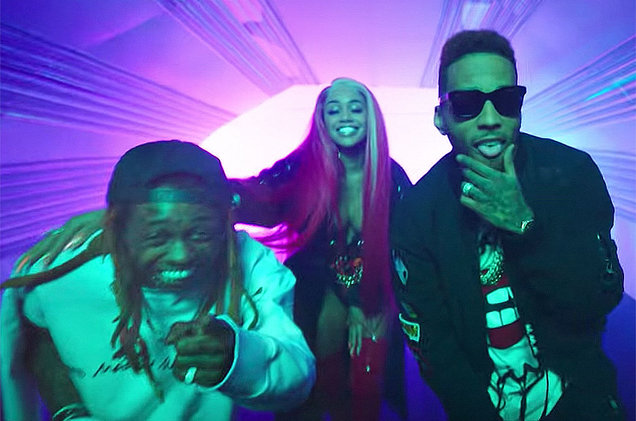 Exclusively for gentlemen’s club DJs, the StripJointsMusic.com DJ pool has released its latest tracks on Volume 76! Just log in (or set up an account if you’re a club DJ, it’s FREE!) and download these and many other songs right now!

“My Year” Gashi (feat. G-Eazy)
Apologies to those who have been trying to keep Gashi a secret, but people need to know about him. The Libyan-born rapper, whose parents are war refugees, set up camp in Brooklyn in the late nineties and has been on a musical ascent since, originally using music to facilitate learning English. And on “My Year” it sounds like he has a better grasp on the language than some native English speakers. After all, it’s not every Brooklynite that gets to work with G-Eazy or the recently deceased Nipsey Hussle. “My Year” is essentially Gashi‘s coming-out anthem, where he raps about being “rich as f*ck” and “Every single city you mention me, yeah they know now”. Gashi raps with the kind of ferocity that connotes an insatiable hunger to improve. That’s what really stands out about this track, how smooth it is while dripping with the future promise for more.

Kid Ink, an apt name for the rapper with more than 100 tattoos dotting his body, has enlisted the help of elder statesman Lil Wayne and budding rapper Saweetie. “Yuso” starts with Kid Ink, who frankly I have to say sounds a lot like Tyga on this track, which isn’t necessarily a bad thing. Kid Ink raps in an almost hushed fashion, like he’s telling you a secret about his rapper lifestyle and the nasty girls he’s singing about. Lil Wayne is like a breath of fresh air if only because it feels like the once larger-than-life rapper isn’t in the mainstream lexicon like a decade ago. Saweetie, not to be outdone by her colleagues, has some funny, sharp lines “I got 69 problems and cumming is

not one … licked his way down south, good thing I waxed my cha cha”. We all may have 99 problems, but “Yuso” isn’t one.

“Love is Madness” starts with the succinct drum roll that was popular in Thirty Seconds toMars’ “Walk on Water”. Halsey’s raspy vocals are a melodic complement to Jared Leto’s wispy, breathy crooning before belting out his emotion-filled hook. “Love is Madness” is a departure from the anthemic rock Thirty Seconds to Mars came up on and represents a shift toward more contemporary sounds, including the help of the aforementioned Halsey, who has become a Billboard Hot 100 darling.

“Throw It Back” Venus (Remix) (feat. Kash Doll)
As if “Throw It Back” wasn’t lit enough, rapper Kash Doll went ahead and remixed this to make it even more of a banger than before. Not much has changed from the original iteration of this track, with its infectious beat blaring amid Venus laying down lyrics. But with Detroit native Kash Doll on the beat, “Throw It Back” is even edgier showcasing two up-and-coming women in a genre that is still largely dominated by men, but has certainly progressed and is not going back, even if these two rap queens are throwing it back.

Too much of Heaven….no such thing!

Get to know ED’s Entertainer of the Year nominee Simone Danalustrous!