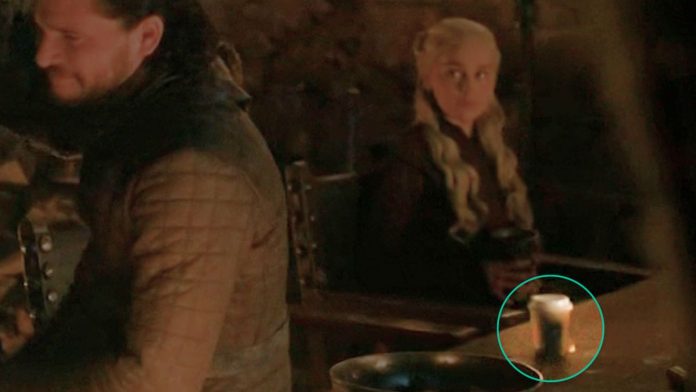 As far as mistakes go, it was a big one.

The fact it was such a gigantic mistake made it refreshing. It shows that everyone can make a mistake. No matter how inconsequential a person may be or how monumental a person may be, they are both equally capable of making a mistake.

The time period that the characters in the HBO smash series “Game of Thrones” are occupying is many, many centuries ago. It’s all swords and horses and thatched huts and people who look like they haven’t washed their clothes in months and haven’t bathed in even longer than that.

So when viewers of the show last week saw key characters sitting around a heavy wooden table and on that table was a Styrofoam coffee cup, well, everyone freaked. Social media caught on fire.

Because there was no Styrofoam back then. Valyrian steel, yes. Dragonglass, yes. But Styrofoam, no.

Turns out it was a Styrofoam cup of coffee that one of the actors had gotten from the craft services table and sipped on between scenes. Once the cameras started rolling, no one noticed that the cup was in the scene.

That’s like saying the Space Shuttle docked with the Space Station in orbit and that’s when one of the astronauts noticed there was a goat on board.

But apparently they do. Because we’re all human.

The cost to produce one episode of “Game of Thrones” in this, its last season, Season 8, is $15,000,000 per episode. More than 3,500 people work on the series to take it from the printed pages of George R.R. Martin’s “A Song of Ice and Fire” to the TV screen in your living room. Among those 3,500 employees are “continuity” people whose only job is to make sure that all of the actors look the same (wearing the same clothes, standing in the same spot, etc.) from one scene to the next. They also make sure all of the props and items in the background, from furniture to trees, look the same from scene to scene. Then there are the show runners who oversee the whole production, the director, a dozen assistant directors, the director of cinematography, and on and on. Literally hundreds of sets of eyes are watching the action that is being captured in front of the camera.

And no one saw the Styrofoam coffee cup.

After the scene was shot, it, along with all the other scenes, went to an editing room where the film editors and the show runners and the director spent hours looking over every inch of film/video, deciding what to keep and what not to keep. That meant looking at the same scene over and over and over.

And still no one saw the Styrofoam coffee cup.

What makes it worse is that the cup was almost in the middle of the shot, not off to the side. Usually when these gaffes are found—a window air conditioner or a jet contrail in a movie that is set in the 1800s—they are hidden in the corner of the shot.

At ED Publications we try our best not to make mistakes. But we also know that when we do mess up—forget to run an ad or run the wrong ad—it won’t be a screw-up involving an occasional advertiser. It will be a screw-up with one of our biggest advertisers. It’s the nature of the beast. So we will analyze what went wrong, and then put into place checks and balances to avoid a repeat.

Every person and every business has had a Styrofoam coffee cup in their past, and, rest assured, there will be another one in the future.

Learn from it. Roll with it.

Because it happens to everyone.

Even Kingslayers and Mothers of Dragons.

Nicky Biggs to the mainstage …