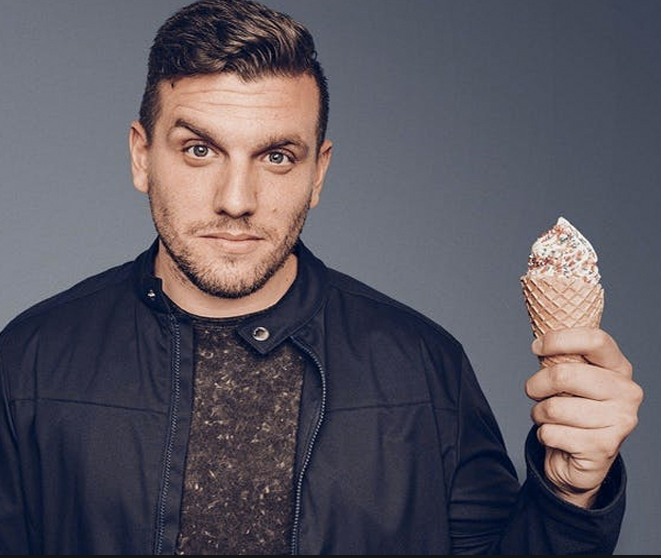 It’s still the only awards show in the world honoring gentlemen’s clubs, club staff and feature entertainers, and in 2019 the multi-billion-dollar adult club industry will once again collectively descend on Las Vegas to honor the best of the best. The 2019 Adult Nightclub & Exotic Dancer Awards Show—the ED Awards—will be held on August 13th during the Annual Gentlemen’s Club Expo at the Planet Hollywood Resort & Casino. The 2019 ED Awards Show is presented in a brand partnership with Patron Tequila, and will be hosted by top comedian and Comedy Central star, Chris Distefano.

The 2019 ED Awards Show will be held at the brand new Criss Angel Theater inside Planet Hollywood, from 9-11 pm (reception from 8-9 pm). The Show will also boast command performances by the three ED’s Entertainer of the Year nominees, as well as special guest presenters. Clubs are presented awards in four regions and in two categories (large and smaller clubs/markets). ED Publications, producers of the Awards Show, will also induct at least one industry professional into its “Hall of Fame,” as it’s done each year since the Award Show’s inception in 1998.

“We’re very excited to be in a brand new theater, right there on site at Planet Hollywood,” says ED Publications’ Associate Publisher, Dave Manack. “Having Patron Tequila on board in our first-ever ‘brand partnership’ is definitely a feather in our cap!”

The clubs, club staff and feature entertainers who’ll make the 2019 ED Awards Final Ballot are yet to be determined. The first part of that process is you, the ED readers and industry pros. Starting on May 20th, our official awards website will allow you to tell us which gentlemen’s clubs, club staff and feature entertainers deserve to make our Final Ballot. Let us know why YOUR favorites should be OUR favorites! Let your voice be heard!

The ED Awards also honors club staff, as they are the ones largely responsible for helping their clubs achieve their success. There are three categories for staff awards: General Manager of the Year, Club Employee of the Year and DJ of the Year.

If you watch Comedy Central, you’ve definitely seen Chris Distefano. His own TV show? Yes—a series called “Stupid Questions with Chris Distefano” which airs on Friday nights. His own one-hour special? Yes—“Chris Distefano: Size 38 Waist” premiered in January 2019. And after recently being signed to an exclusive deal with Comedy Central, expect Chris to be a fixture on the channel that showcases the top current and up-and-coming comedians in the world.

Chris first burst onto the scene as a standout on MTV’s talking heads franchise Guy Code/Girl Code, with PopSugar naming him the “funniest guy on MTV.” He went on to star in the IFC series Benders and serve as co-host of Netflix’s Ultimate Beastmaster. He has appeared on TruTV’s Comedy Knockout and MSG Network’s People Talking Sports, and he has performed stand-up on NBC’s Late Night with Seth Meyers, and AXS TV’s Gotham Comedy Live.

The Dynamex disaster — and you