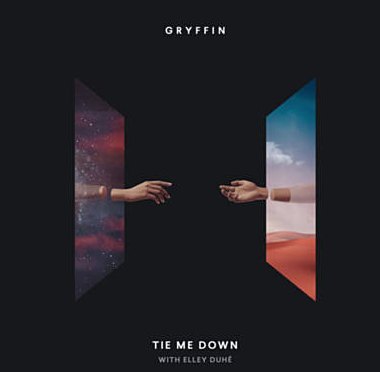 Exclusively for gentlemen’s club DJs, the StripJointsMusic.com DJ pool has released its latest tracks on Volume 73! Just log in (or set up an account if you’re a club DJ, it’s FREE!) and download these and many other songs right now!

Venus “Throw It Back”
Venus is a female rap artist who’s current promotion technique is focused on getting her record onto the gentlemen’s club scene. She certainly hits the mark with her track “Throw It Back,” which starts off with an infectious beat and Venus hollering over it “This is for all my ladies out on the dance floor”. The song’s title refers, not so subtly, to a woman’s gyrating moves on a pole. With lyrics like “I know you wanna fuck cause I can feel that dick” is a sentiment understood by more than a few entertainers, and Venus is direct about the matter going on with “Shake an ass, shake a titty round and round.” The song ends with the same contagious throbbing beat that opens it. This tune is undoubtedly made for the gentlemen’s club—the single’s art features the silhouette of a woman complete with platform shoes—and all the ladies (and men) will be better for hearing it.

NovaCain “Striptease”
It’s impossible to deny, NovaCain is using his music to raise awareness for the blind. And it’s not just hot air as NovaCain himself is blind, having lost his sight by 18. “The core of my brand is the blind culture and the blind community. I’m representing that community with my voice,” says NovaCain per his website. Following in the footsteps of other blind music virtuosos like Ray Charles and Stevie Wonder, NovaCain—who has a track “Ray Charles is Back”—is at it again with “Striptease.” Much like “Throw It Back” by Venus, this song is another number that isn’t coy about its subject material with lyrics like “Hands on your knees bounce it/Make that thing shake … Imma need a striptease if you wanna get these/shawty come and get these hundreds”. Of note however, is the cleanliness of the lyrics which don’t feature a single swear word, seemingly a rarity in today’s hip-hop world. Perhaps it’s the song’s savory taste, but the song has a je ne sais quoi that makes it ideal for the environs it boasts about.

Gryffin (with Elley Duhé) “Tie Me Down”
Gryffin, an American DJ, already has mainstream exposure thanks to remixing several huge hits from the likes of Tove Lo and Maroon 5. Having trained as a pianist and guitarist, his influences are evident in his DJing, and “Tie Me Down” is no exception. Elley Duhé’s vocals are an excellent compliment to this song’s slower-paced, enchanting beat. The chorus serves as an auditory explosion before coming back down to earth with Duhé’s sultry voice. Some of the song’s emotionally tinged lyrics “I want you down on your knees/praying to God that I feel the same/I’m right here baby so please/hold me up/tie me down” are uplifted by Gryffin’s beats and it’s hard to imagine this song with anyone but Elley since she nails it. This song is of one of those that doubles as a (gentlemen’s) club banger or a track to blast with the windows down and unabashedly sing along to. With 12-million-plus views on YouTube, it’s clear fans agree. One of the hallmark signs of a great track is the notion that it ended too quickly and despite its 3:32 run time, it begs an immediate repeat to enjoy again.

Granny 4 Barrel “She Likes Guns”
If you’ve never heard the term “Neo-Victorian shock rock nightmare” used to describe a band … well, join the crowd. And yet, somehow that description is as fitting as one could possibly be for the band Granny 4 Barrel. The band’s front … er … person is almost like a character in a Rob Zombie flick—think cross-dresser who looks like someone’s heavy-metal-loving grandma. Couple her … uh, him, with a guitarist, drummer and fiddle player and wrap them in a steampunk-looking package, and you have Granny 4 Barrel. The quartet from upstate New York has two new tunes showcased on the latest installment of StripJointsMusic.com: “She Likes Guns” and “Freak Flag.”

If a few of the names involved with the video for “She Likes Guns” are familiar to you, don’t be surprised. The video is directed by none other than Stormy Daniels—yes, that Stormy Daniels—and features adult film starlets Lily Lane, Arya Fae and Casey Calvert. The song is about—you guessed it—a girl who likes guns, and though it’s technically a hard rock/metal song it has a very danceable beat. (review by Dave Manack)

Indian Trap “Trapped”
Indian Trap is at it again, once more utilizing the talents of KresZenzia and bringing in Chris Scholar on his single “Trapped.” Indian Trap worked with KresZenzia earlier this year on his first single, “Look Like Monayyy” and the London-born DJ skillfully fuses authentic Indian sounds, flutes, vocal FXs blended with 808 trap drums in the single, which is further fueled by KresZenzia. With “Trapped”, Indian Trap wastes no time in delivering the goods as Chris Scholar’s vocals powerfully draw the listener with tinges of AutoTune sound before KresZenia starts spitting rhymes in conjunction with the Indian Bhangra sounds Indian Trap was brought up with. What Indian Trap does so well, as seen in “Look Like Monayyy” and continued in “Trapped”, is finding a nice halfway point through rap and hip-hop sounds and Indian Bhangra sounds that make the single stand out, favorably.

Maite Perroni “Bum Bum Dale Dale”
For the uninitiated, Maite Perroni may sound like an up-and-coming fashion designer—when in fact it is the name of Mexican actress and singer (and songwriter!) who has come out with “Bum Bum Dale Dale” featuring the talents of Reykon, a Colombian reggaeton artist. “Bum Bum Dale Dale” boasts the sultry vocals of Perroni with the unmistakable thumping beat associated with reggaeton, boosted by Reykon. Despite the entire song being in Spanish, the language barrier doesn’t lessen the listening experience and if anything, adds a mysterious hue to the overall song’s composition. If Google Translate happens to be down, just go ahead and lose yourself in “Bum Bum Dale Dale.” 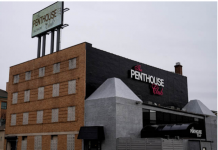 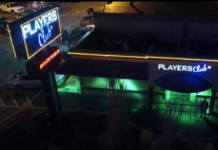 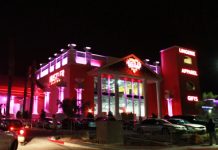 August 6, 2020
The Larry Flynt’s Hustler Club in Las Vegas may be closed due to the COVID pandemic, but that’s no longer going to stop them...
- Recommended Service -