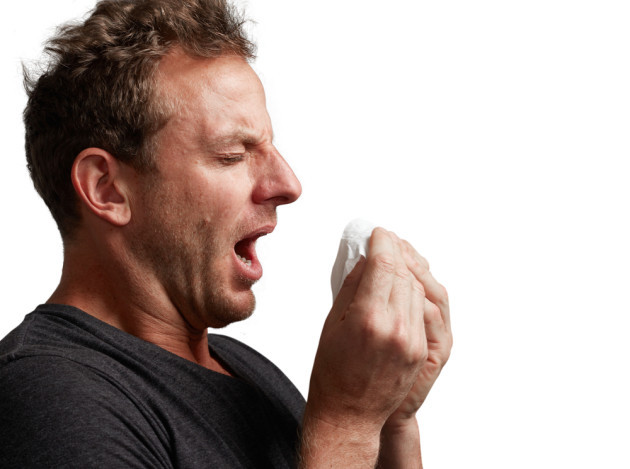 Last week Waitt on Wednesday was, instead, Waitt in bed with Pneumonia.

How can one human body generate so much phlegm?

Phlegm is one of those words that sounds like what it stands for. You grimace when you say the word and you grimace when you cough up what the literal representation is of that word. I made so many trips to the toilet to spit out that nasty super glue-like concoction that I expected the county sewage department to call my wife and say, “Tell your husband to stop clogging up our system and just spit that crap out the back door.”

Add to that phlegm factory a fever that jumped back and forth between 100 and 103 degrees, sleeping in a puddle of sweat, stomach and chest muscle pains from coughing so much, loss of appetite, dizziness, and a throat that felt like raw hamburger, and I had all the joys of a week-long bout of pneumonia.

Which is why toward the end of that week, when I started to feel a little better, I called the ED Publications office, all excited to hear a friendly voice inquiring about my well being and when I would be returning to work. Teresa, a very sympathetic and caring young woman who also happens to be our office manager and bookkeeper, answered the phone.

“Excuse me?” I asked. Technically, I am Teresa’s boss.

“I said you can’t come in,” said Teresa, this time in a firmer voice.

“Yes, you will. You are contagious.”

“Of course it is.” Teresa thinks any illness, even a hangnail, is contagious.

“But I thought since I’ve been taking my antibiotics …”

The small staff at ED Publications has been together for a long time; in some cases, for over two decades. We’re like a friendly, albeit occasionally dysfunctional, family. We always have each other’s back. Together we’ve been through divorces, separations, stalkers, dead pets, dead family members, broken friendships, hurricanes, accidents, pregnancies and more. No matter what catastrophe or heartache a staffer has had to face, the rest of the staff is always there to support and prop them up.

But God forbid you come into the office with a sniffle.

You will be shunned and ostracized like you were the originator of the Black Plague. Other staffers will eye you with disdain and mumble under their breath as you walk by. They will quickly gather in a back office like mutineers, before dispatching Teresa the Terminator to the offender’s office to send the sniffler home.

The ED staff is like that pack of wolves in all the Jack London novels. They are a tight cohesive unit, working and playing well together. But when one of the wolves gets too old or becomes ill, the rest of the pack just keeps moving forward without a second thought, leaving the afflicted wolf behind where either the cold, starvation or other wolves will finish him off.

When I finally went back to work, I hurried past Teresa’s desk and rounded the corner to my office which is away from all the other offices.

All morning I stifled as many coughs as I could until one really loud one slipped out, followed immediately by Teresa’s voice from around the corner:

“That better not have been a cough mister!”