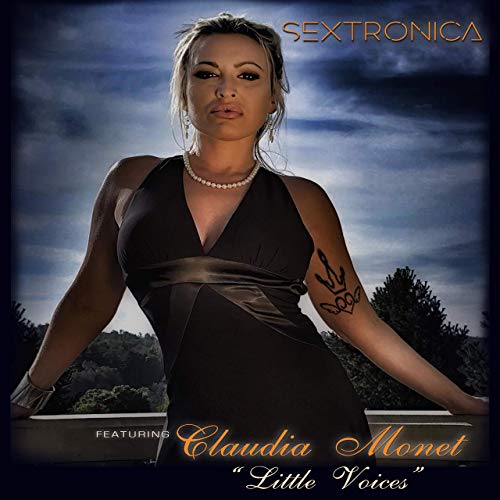 Ronnie “Chico” DiCicco has spent close to two decades in the gentlemen’s club industry and loved the marriage of music and entertainers—so he built it into his own powerhouse brand.

Ronnie “Chico” DiCicco was rejected.
Back at the turn of the 21st century, Chico had been a gentlemen’s club DJ for a while and the blend of different personalities and dancers intrigued him.
“I’m thinking to myself, ‘Why aren’t I out on tour DJing with three or four of these girls and call it the Strip Club tour?'” Chico, aka Sextronica, recalls. So he pitched this tour to Ultra Records, but the record execs were wary of the shock value of the industry and so Chico decided to fold the project—as it was.
“From there, I started to build the name Sextronica and the brand—the eroticism through music,” Chico says. “That’s how that started, and I’ve been building it and tweaking it ever since.”

Stripjoints spoke with Sextronica about his involvement in the gentlemen’s club industry and how the industry is the perfect receptacle for his new song “Little Voices”.
STRIPJOINTS: What made you want to become a DJ?
SEXTRONICA: I was one of the first white rappers ever signed to Sugarhill back in 1991 and it didn’t work out so I came back to Pittsburgh and got into DJing.
STRIPJOINTS: How did “Little Voices” come about and how did you and Claudia Monet come into play?
SEXTRONICA: “Little Voices” is based upon everyone who’s ever had their parents or society tell them how to act or what’s appropriate to act and growing up in the strip club industry, on the erotic side of music, we find out that not only is it OK to express who and what we are, but 90% of the stuff we’ve been taught at a young age isn’t really true or it doesn’t apply to everybody. So “Little Voices” is about embracing who and what you are and not listening to those voices trying to hold you back from what you want to do. Claudia and I have been friends for years since she was dancing at Cheerleaders (used to be known as Bare Elegance) in Pittsburgh and I was DJing at Club Erotica. My boy Ilan (Fong), that’s how I met him. We ended up hearing about each other. As far as music went, I had already had a couple of remix hits and some production that I’d done and she was looking to release a record. We did something back in 2008 called “Harder” that did really well. And then, just recently, we reconnected. I was looking for a new artist to put my first Sextronica release out with and the timing worked out.

STRIPJOINTS: What is your favorite aspect of the Las Vegas strip club scene?
SEXTRONICA: The fact I already had a good 15-20 years experience prior to jumping into it there. It’s a lot easier to mingle and network with people in the industry since you come from that cloth, so to speak, as opposed to being a new customer or somebody getting to know the industry. When you have that experience, it’s easier to start up a conversation—there’s more camaraderie. What a better way to not just embrace the culture, but coming from a music side, coming from a performance side, a DJ side, a production side, but then also seeing the showmanship of what each club does. It’s cool to compare that to where you come from, because every club has its own unique feel, its own direction in how they promote things. Sure there are some commonalities, but the feel and the essence of where I came from in the strip club industry was totally different than what you see now.
STRIPJOINTS: Why should gentlemen’s club DJs across the country be playing “Little Voices”?
SEXTRONICA: It was made for you guys. It was custom-made with you guys in mind. And even going back to “Harder” and even if you listen to some of my original stuff, it’s all based off of that stage-type performance in mind and thinking ahead two or three steps of what this would sound like, what it would feel like if a feature dancer or even a Cirque-du-Soleil-type erotic performance would be put into motion with it. That’s the essence of Sextronica, the style of music and the sound—it can be R&Bish, more metal, alternative, this record has a Marilyn Manson and Nine Inch Nails feel.
Comments & Feedback

A “Spray” of the West Coast