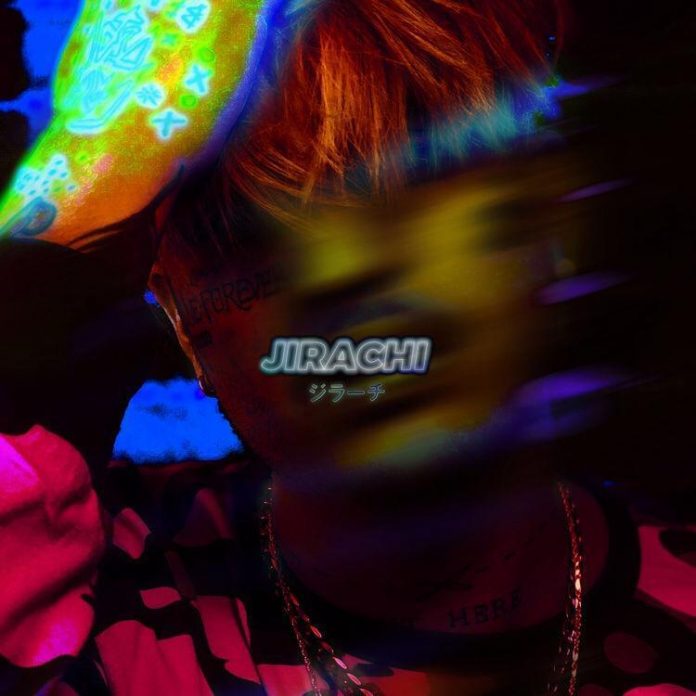 With a distinct, inked, look it’s not hard to see why ITSOKTOCRY has amassed millions of streams through the numerous platforms presently available to artists. But a look past the exotic green hair and the eye-stealing face tattoos reveals an artist entering his musical prime, ever confident in his abilities and in tune with his evolving sound. ITSOKTOCRY, who hails from Denver, popped up in the music scene as a genre alchemist, blending elements of rap and hardcore metal. He was linked with Nick Prosper, Lil Peep, and Zillakami, as well as Gothboiclique.

For someone so emotionally charged, music is a natural outlet for expression.

“I struggle with bipolar disease; so sometimes I feel like Hercules on top of the world, while other times I can’t eat or sleep and don’t even want to get out of bed,” ITSOKTOCRY told Elevator Magazine in March 2018. “When I’m feeling down, most of the time it’s paired with anger and anxiety which results in darker grittier music. When I’m up, it’s paired with euphoria and adrenaline resulting in more up-tempo music.”
StripJoints got a chance to speak with ITSOKTOCRY about a tumultuous 2018, a gig worthy of Jurassic Park, and his new single “Jirachi”.

STRIPJOINTS: I saw your sound described somewhere as “grimy trap”…how would you characterize, if not label, your sound?

ITSOKTOCRY: I would characterize my sound as one-man boy band. I’m one person, but I have thousands of voices and thousands of sounds.

STRIPJOINTS: Who inspires you, musically?

ITSOKTOCRY: My favorite band is Modest Mouse, Sade, Frank Sinatra. That’s what I listen to the most in my free time.

STRIPJOINTS: You said 2018 was a rough year, how has 2019 been so far? Talk about how important it was to hear from fans during the trying times?

ITSOKTOCRY: It’s super important. 2018 was kind of a hard time for me, just mentally with my mental health. But 2019 is good. It’s good to have positive reinforcement and positive feedback when you’re not super close to family or I spend most of my time by myself so when you’re by yourself, you have to be your biggest fan and that’s hard. So it helps when you have your fans being supportive, reaching out and stuff like that when you’re not feeling yourself all the time.

STRIPJOINTS: What’s the most fun you’ve had performing at a venue?
ITSOKTOCRY: Three years ago at a DIY venue in Denver called Rhinoceropolis. It was super crazy, people hanging off the ceiling rafters. It was very underground and very packed out. It reminded me of a 2003 Lamb of God concert.
STRIPJOINTS: StripJointsMusic.com services gentlemen’s clubs nationwide and gets music out to their DJs, so why would “Jirachi” be a great song to get played at gentlemen’s clubs across the U.S.?
ITSOKTOCRY: It’s hot. It’s a bop. It makes the booty cheeks clap. It makes all the shorties bust open.
Comments & Feedback

Get to know ED’s Kris Kay!