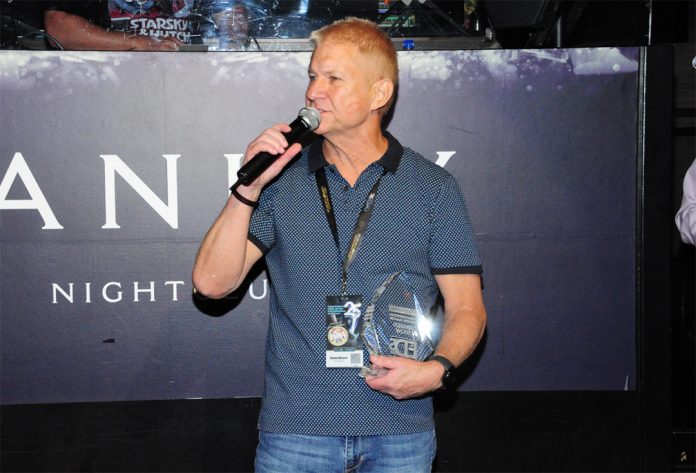 ED: You’ve had several months to reflect on winning the ED’s DJ of the Year Award. What has it meant to you, as far as a career and personal achievement?

MEYERS: I can’t thank ED Publications and everyone who voted for me enough for this honor. It’s very humbling that a guy from a small market of Dayton, Ohio could win such a prestigious award. This accolade has increased my drive and desire to improve not only as a DJ, but as a person. I look at this as more than a trophy and a title, but as a responsibility and a commitment.

ED: You’ve also started producing “Strip Club U.” For those who aren’t familiar what you’re doing with Strip Club U, how would you explain it? What can people learn from it, and who is it designed for?

MEYERS: I’ve always wanted to find a way to give back to the industry that has given me so much. A couple years ago I had the honor of speaking at a panel at the ED Expo on how to be a better strip club DJ. For months after that Expo I received questions and comments from people who were there. The response was so good that I decided to record a video based on my notes and the follow up comments. I posted that to YouTube and received a lot of positive feedback, so I started a series. I think there’s now about 25 episodes and all are around 7 minutes each. I cover subjects like DJ skills, voice inflection, team work, preventing human trafficking, working with feature performers, staying fresh and relevant in this industry and helping entertainers make money. My personal favorite episode is “Stop The Strip Club DJ Puke Voice.” I’ve designed these shows to help everyone in the industry from entertainers, DJs, managers, owners and club staff. You can find all Strip Club U episodes at www.StripClubU.com.

ED: Of course, this is a difficult question to answer, but how do you balance the music that the entertainers want to hear versus what you believe the customers in your club want to hear, or what the club’s owner wants you to play?

MEYERS: I just started at a new club in Dayton Ohio called New York New York Cabaret. The entertainers there were used to a YouTube DJ. You know that kind of DJ that right before a girls set she’s telling you the songs that she wants and if you don’t have them you just go to the internet, download and play? I do try to play music that the entertainers, like but first and foremost I play music to make the girls and the club money. I talk to my entertainers and explain what I’m trying to accomplish and that my job is more about helping them make money than playing their favorite song.

I also explain to my owners, managers and especially our other DJs what the plan is. Everyone needs to be on the same page. Prove to your crew that you’re a professional DJ and not just a button pusher or playlist loader.

ED: What’s your favorite four or five “strip club songs” that you’ve heard in the past few years? Meaning, what songs have remained popular over the last few years and are good for the strip club environment?

ED: How long have you worked as a strip club DJ, and what is your favorite thing about working in the strip club industry? Where are you currently working?

MEYERS: I started out as a Club DJ in the ’70s at the beginning of the Disco era. I made the switch to strip clubs in 1996, so I’ve been in this industry for about 22 years. There is nothing like that feeling or the rush that you get when you’re in the groove and everything you do is on point. I’m finding recently, now that I’m having more shifts, that I really don’t want the night to end.

ED: What are your favorite bands or styles of music to listen to in your private time? If you could see any concert by any band, past or present, who would it be and why?

MEYERS: Unless I’m previewing new music for the club I rarely listen to music in my private time. I don’t even know why I pay for Sirius XM radio for my car because I hardly ever use it. My very first concert I went to was Jimi Hendrix. I really wish I could go back and “experience” that moment again because at 15 years old I had little appreciation for how incredible that show was. It’s amazing how full the sound was considering it was a just drummer, bass guitarist and Jimi on guitar and vocals. No sync tracks, no added electronic sounds and yet it was so rich.

More about Danny Meyers:
Where do you hail from: Born, raised in Cincinnati, Ohio.
Current Club: New York New York Cabaret in Franklin Ohio. Half way between Cincinnati and Dayton
Years employed at the club: I just started at NY NY in January 2018. Before that I was eight years at The Harem in Dayton and 13 years at Diamonds Cabaret, also in Dayton
Favorite recording artist: Prince
Where do you find new music: I get my music from DJ City, BPM Supreme, Funkymix, StripJointsMusic, Panda Track Alliance and iTunes
Industry hero: Glenn Miller, the Strip Father from Babydolls in Dallas
Favorite feature entertainer: I have enjoyed the pleasure of working with so many incredible feature entertainers, but if I had to pick one it would be Lacey Rain
Favorite part of your work night: There is no greater feeling than that part of the night, usually about half-way to three quarters the way into the shift when I’m in my groove and I feel I’ve got complete control of the room
Pet working peeve: Entertainers yelling at the DJ from stage
Advice for new strip club DJs: Technology can and will replace the DJ who only calls entertainers to stage and plays whatever song they ask for. Be a DJ, not a juke box operator 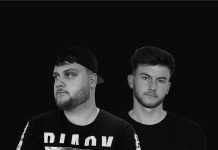 Panda Off The Charts July 2020 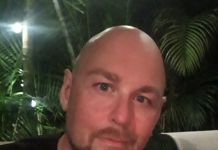 It’s all “one industry” for club DJ Josh Fiore

An Update for Adult Clubs on Leases, Negotiating with your Landlord

August 11, 2020
*Story by Winston Hines I wound up early on in the COVID pandemic working on the negotiation of some modifications of leases (and one owner...

August 6, 2020
When Chris Fuselier, owner of Players Club in Denver, was told that he had to enforce a 25-foot distance requirement between dancers and customers...
- Recommended Service -

An Update for Adult Clubs on Leases, Negotiating with your Landlord

August 11, 2020
*Story by Winston Hines I wound up early on in the COVID pandemic working on the negotiation of some modifications of leases (and one owner...