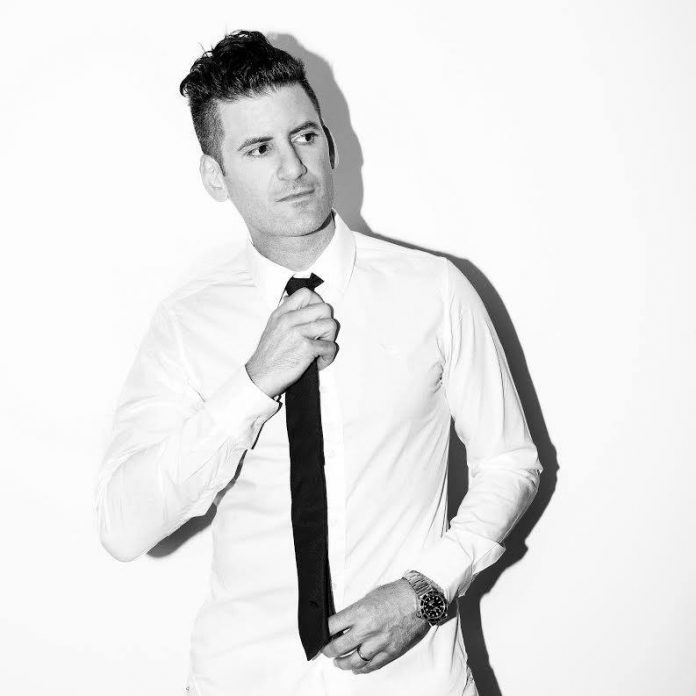 Gary Richards grew up embedded in the music industry. As the son of a radio man in the D.C. area in the mid-‘70s, Richards was exposed to vast catalogs of music and treated to a personal spin on some of the biggest acts of the time.

One of his first memories was as an 8-year-old going with his father to the Alice Cooper “Welcome to My Nightmare” tour, which spanned from 1975-1977.

It can be no coincidence, nor should it come as a surprise, that Richards stayed inhabiting the music world. He broke in as a DJ but has become a power broker — an orchestrator of massive music shows and acts that link up some of the biggest names at any given time.

ED caught up with Destructo and asked about what he was thinking when he helped create Electric Daisy Carnival, his love DJing versus show running and his single “Loaded” featuring Yo Gotti.

ED:  You produced what later became Electric Daisy Carnival (EDC) — what did you have in mind when you were producing these events compared to what they have become?

DESTRUCTO:  I could have never envisioned what it has become. Me and my partner, we produced the first two Electric Daisy Carnivals. He came into my apartment one day and said we were going to do Electric Daisy Carnival and I said ‘What’s that?’ He was like we’re going to have fire eaters, a bearded lady and a Ferris wheel and we’re going to play electronic music. We’d done a lot of electronic music events. What it’s turned into? I could never in 1 million years dreamed of that. We had 1,000 people, a little janky Ferris wheel, a couple of moon bounces. It isn’t what it is today. It’s great to see the scene come such a long way from such humble beginnings.

I really love DJing. It’s what keeps me motivated, it keeps my head in the game. I think it’s what gives me my advantage. I just love being onstage and getting people to dance. There’s nothing better than making people dance. — Destructo

ED:  This was a quote on your Wikipedia page “My goal to play the hardest and most gnarly techno out there” — where did that goal come from?

DESTRUCTO:  That was maybe when I first started. I started as Destructo in 1990. I used to play — my brother was into metal, we were into Black Sabbath, Rage Against the Machines, Korn — I thought if I played heavy, electronic techno music, I could blend it with like Metallica. My sound today has changed a lot. I’m much more smooth and late-night groovy. I’m not that guy anymore, but that’s where that came from in the beginning. And I played late at night, so I was trying to make sure people didn’t fall asleep. Hit ‘em with some chainsaws.

ED:  What’s the creative process when you’re remixing or DJing versus orchestrating a music festival? What’s it like dealing with musical logistics versus the dimensional logistics of a show?

DESTRUCTO:  Creatively, they’re the same. Even making tunes, I listen to a lot of music and get inspired ‘What would I want to hear? What would I want to see?’ At the festival, it’s more like you’re DJing the DJs. When I’m playing my set, I’m still finding tunes that move me and then when I find those people, I would book them at my festivals. Producing the festivals is way different because you’re dealing with a lot more than going into a studio. But that’s the non-fun part.

ED:  At the end of the day, do you prefer DJing or promoting/organizing?

DESTRUCTO:  My favorite thing to do is DJing. I really love DJing. It’s what keeps me motivated, it keeps my head in the game. I think it’s what gives me my advantage. I just love being onstage and getting people to dance. There’s nothing better than making people dance. That’s it.

ED:  Do you still find yourself chasing the same feeling you had when you first heard “Cubik”?

DESTRUCTO:  I definitely get excited when I hear new shit. I’m not jaded. I’m always on the quest for new sound. I just had a meeting with Channel Tres’ management team. I’m excited about his music right now, he’s doing something completely different. He’s a house guy from Compton.

DESTRUCTO:  The beat of that record has always been a record that gets people to dance. It takes a second, it’s definitely not a hit-them-over-the-head one second. I took Yo Gotti into a studio one night and I was like ‘I’m going to play this.’ His whole crew started dancing in the studio and he fucking murdered it. It’s just taking two worlds and putting them together and creating something totally new. The lyrics just came out of his head. It’s groovy. It’s like peanut butter and chocolate, it just fucking works.

ED:  I’m curious your take on what the internet has done for the music industry — anyone with a laptop and internet has the resources to be heard, but it doesn’t necessarily mean they have the talent. You mentioned in an interview there are more talented people than rockstars — is that ratio evening thanks to how many platforms aspiring artists have today?

DESTRUCTO:  If there wasn’t the internet, people would never have heard of me. I’ve been doing the same thing for so long, but I finally was able to get an audience because I could connect to people without having to be on the radio or on MTV, they were never going to play electronic music. We built our own thing from the ground up and now it’s everywhere. Rockstars are still few and far between. You need your David Lee Roths up there.

Get to know ED’s Entertainer of the Year nominee Simone Danalustrous!