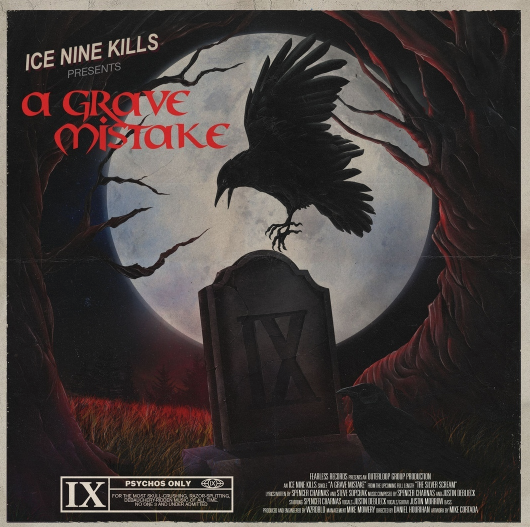 You want the hottest, freshest tracks for strip club DJs? We have them right here, courtesy of our friends at StripJointsMusic.com! It’s StripJoints volume 72!

G. Perico
“How You Want It”

The digital effects at the beginning of this song are reminiscent of the momentum in a show or movie when things take a turn for the worse. But make no mistake about it, G. Perico takes the right turn with his club banger “How You Want It”. As is the case with several of these hip-hop songs, its lyrics could come straight from a gentlemen’s club “I don’t care if it ain’t real/Pull yo hair and grab yo hip”. The song is a great example of G. Perico is testing the waters en route to gaining more mainstream confidence before experimenting more on future endeavors.

The most ardent fans of Charli XCX heard a live version of “Girls Night Out” before it was mastered for its official single release as she performed it numerous times in performances. As the title suggests, “Girls Night Out” is the English singer’s unique take at a girls’ anthem. The song packs the same sentiment as Kesha’s “Tik Tok” while being reminiscent of Cindi Lauper’s “Girls Just Wanna Have Fun”. Two-thirds of the way in, the song busts out into this EDM-inspired trance thump where the song reaches its euphoric climax.

I Don’t Know How But They Found Me is a music duo featuring the talents of Dallon Weekes (most notably of Panic! at the Disco fame) and Ryan Seaman (drummer for Falling in Reverse fame). It isn’t hard to hear the influences of the pairing’s other bands, from the straining in Weekes’ voice to the snapping catchiness of the instruments to the dark lyrics disguised in upbeat rhythms. This song sounds innocently uplifting, like a song that harkens back to a happier time—good song to ease into your nightly set.

Starset
“Bringing It Down (Version 2.0)”

From the band that created its own fictional backstory that serves as the foundation for its music and media—including how it reaches out to fans—comes “Bringing It Down (Version 2.0).” With this version (yes, there was a first version released roughly a year ago), Starset opens with what sounds like a haunting rendition of a Christmas-time carol or a twisted version of the instrumental opening to Tron: Legacy (a soundtrack made famous by Daft Punk). That quickly gives way to Dustin Bates’ vocals amid the band’s aggressive guitar play. Think 30 Seconds to Mars—cosmology link aside and instead of doubling as an actor, Starset’s frontman is also an academic. “Bringing It Down (Version 2.0)” is for a specific kind of listener, though the band’s story has much more overarching appeal.

The Struts’ music video for “Body Talks” is a wonderful throwback to the British bands that dominated the airwaves before them—and sure enough some of their influences include Queen, the Rolling Stones and The Smiths. Vocalist Luke Spiller sings with the kind of palpable energy that beckons for a live listen. And with this remix, they’ve added the talents of Kesha (formerly known as Ke$ha of “Tik Tok” and We R Who We R” fame) who plays the Cher to Spiller’s Sonny superbly. The Struts had already been praised, of note, by The Foo Fighters as a formidable live band and bringing aboard Kesha for this remix just ups the ante in a delightful way.

Major points for the ambitious album art and music videos produced by Ice Nine Kills. These guys love their horror, and its reflected in their videos and most definitely in songs like “A Grave Mistake.” This new track from the band’s most recent album, “The Silver Scream” dropped on October 5th, just in time for Halloween. Spencer Charnas’s vocals are perfectly suited for the song’s grim storyline, which helps justify the term used to describe Ice Nine Kills: Theatricore. Whether that term works for you, or if you prefer melodic hardcore instead, this song is catchy enough to extend beyond the metal genre into something much more palatable for fans of any type of melodic-yet-aggressive rock.

Ocho Sneak
“Jumpin Out the Jet”

To hear Ocho Sneak tell it, his song “Jumpin Out the Jet” is about making it—the goal for nearly every soul who braves the music industry. Ocho, who hails from Ft. Lauderdale, raps about “riding foreign” and “living lavish.” The fast-paced beat meshes nicely with Ocho Sneak’s earnest rapping. It isn’t hard to hear in Ocho Sneak’s delivery the ambition that matches the lifestyle he spits about and that’s what makes this song a worthwhile listen—you hear the aspiration. 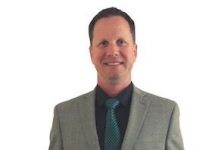 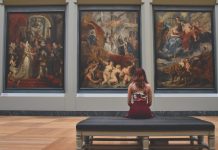 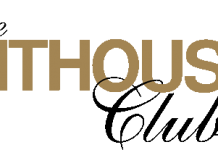 February 19, 2021
Take a look at this art exhibit, and you might Blush, too. “Blush: The Evolution of Innocence” is the title of one of the latest...
- Recommended Service -

ALL official Expo 2021 events to be held on-property at host hotel!

February 5, 2021
In an effort to promote a safe environment for all EXPO 2021 attendees, ED Publications — producers of the Annual Gentlemen’s Club EXPO — have...

Are Tampa clubs ready for the Big Game?

February 3, 2021
Each year, without fail, the mainstream media dips its toes in the “adult” waters as it offers coverage of the strip clubs in the...

February 19, 2021
Take a look at this art exhibit, and you might Blush, too. “Blush: The Evolution of Innocence” is the title of one of the latest...

Get to know Xtreme’s Matt McTeague

Panda Off The Charts July 2020