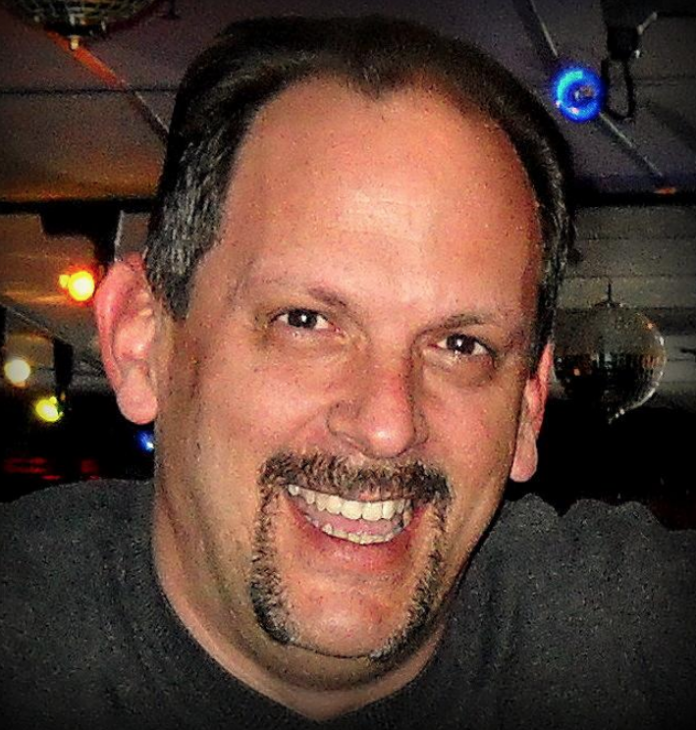 Michael Mark — a trained barback and experienced gentlemen’s club DJ — left Florida for Los Angeles in 1995 for a job as a cameraman and talent manager for Randy West Productions.

He came back a man-ager.

While with Randy West Productions, Mark ascended the career ladder to vice president of operations.

When he came back to Florida, he returned to the gentlemen’s club industry armed with a resume indicative of managerial experience.

“My previous experience made the transition somewhat easier to adapt to,” says Mark, who spoke with ED Magazine about said move and dished on life as a DJ versus a manager.

And don’t miss his personalized Spotify playlist, courtesy of Bob Chiappardi and StripJointsMusic.com!

ED: When and where did you start working in this industry? What brought you into the industry initially, and what made you decide to stay once you got there?

MARK: My first time working in the adult entertainment industry was as a DJ and barback at Bare Necessity in Kendall, Florida in 1986. At the time I was studying radio and television broadcast technology, and I honestly just wanted to get in more time behind the mic. When I realized the financial potential, not to mention the great view I had while at work, I decided to keep at it.

ED: What is your current position?

MARK: A manager should always keep in mind the DJ is the “quarterback” of the team, and just like any coach should give their quarterback the tools and skills necessary to keep the team headed toward the goal line. The DJ should, most importantly, LISTEN to the advice given by their manager and always pay attention to the action on the field/floor.

MARK: Both positions require a unique set of skills, but the common denominator is their business-related relationship(s) with the entertainers and staff. The DJ has the added responsibility of “reading the room” and adjusting accordingly, where the manager remains focused on overall operations. Both positions are difficult at times, but seeing as managers normally have to deal more with “stripper drama” on top of operations I would say it’s slightly a more difficult job overall.

ED: What’s your favorite part of working with a feature when they’re booked at your club? If a club owner asked you why they should book a feature in their club, what would you tell them?

MARK: I have hundreds of feature entertainer stories, the vast majority of which are positive and definitely memorable. I have worked with some of the very best and most popular features from the late ’80s to today. The fact that these talented women, usually, bring in new clientele is the biggest benefit to having them at the club. I would always suggest to a club owner to bring in an original feature, and one who has a strong social media presence.

ED: When you were a DJ, what was your favorite music to play on a busy Saturday night at the club? Conversely, when you’re not in the club, what music do you prefer to listen to?

MARK: I was always a fan of playing classic rock and upbeat dance on a slammin’ Saturday night. I’m aware that times have changed. In most clubs, currently, the later it gets the younger the crowd becomes. I still think old-school hip-hop holds a crowd. Personally, I would prefer to watch ladies take it off to classic rock rarities and some selections from the one-hit wonders of the ’80s and ’90s.

The fact that these talented women, usually, bring in new clientele is the biggest benefit to having them at the club. I would always suggest to a club owner to bring in an original feature, and one who has a strong social media presence. — Michael Mark

MARK: As you might be able to tell, I am a classic rock guy. I’ve seen the band Rush live 104 times and have attended literally thousands of concerts over my lifetime. Of all the artists, ever, I would have liked to have seen live, I would definitely put the original line-ups of Led Zeppelin, The Who and Pink Floyd at the top of my list. Also Jimi Hendrix and Stevie Ray Vaughn. I’m just a fan of talented musicianship.

Where do you originally hail from: North Miami
Current Club: Scores Palm Beach
Years employed at the club: 4 years
Years in the industry: 27
Favorite recording artist: Rush
Industry hero: Michael J. Peters
Favorite feature entertainer: Blondage (Janine Lindemulder and Julia Ann)
Favorite industry pro: Marty Foyer and Dave Michaels
Favorite part of your work night: When everyone is making money and the usual club drama fades into the background
Pet working peeve: Lazy entertainers
Advice for fellow club managers: Managers should always remember that without their entertainers their venue is just an overpriced bar. The primary reason a club owner invests in an adult entertainment license is not to watch “strippers”, but to be able to charge customers for the “atmosphere” of being surrounded by beautiful women. Take care of your girls.