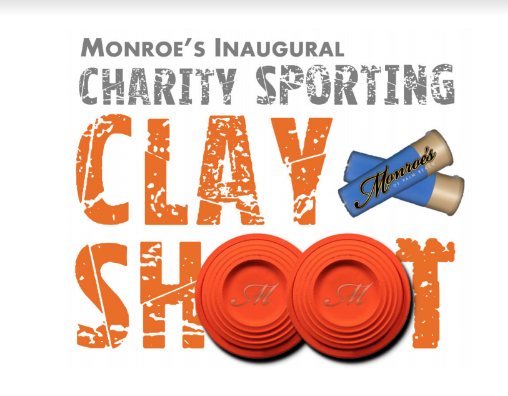 Critics of the world of adult entertainment have found the industry to be an easy target over the years, with accusations that adult nightclubs are hubs for illegal activity and human trafficking. Monroe’s, however, has gone out of its way to change the perception that some have of adult nightclubs in South Florida.

Monroe’s of Palm Beach has spent the last six years giving back to the communities of West Palm Beach. Monroe’s has contributed tens of thousands of dollars in toys and donations to charity groups such as Little Smiles of Florida, The Children’s Healing Institute, Palms West Children’s Hospital and even helping the animals of Palm Beach County through Big Dog Rescue Ranch. This year, Monroe’s has decided that Human Trafficking was the way for Monroe’s to make a difference in 2019, and the club has partnered with Path2Freedom to presented the Inaugural Charity Sporting Event Clay Shoot at OK Corral on Wednesday, July 17, 2019.

All proceeds from the event will benefit Path 2 Freedom, a national nonprofit organization that is passionately committed to serving the needs of child and adult survivors of human trafficking through their individual journeys from rescue to restoration.

The event begins at 9 a.m. with registration. Shooting begins at 10 a.m. with lunch at 2 p.m. and V.I.P. Afterparty with silent auction back at Monroe’s in Legends Steakhouse at 4 p.m. Foursomes are $800 and include transportation to gin club, sporting clays (round of 50 clays, including two boxes of shells), gun rentals, a golf cart, score girl, and lunch. Sponsorship opportunities are available. Monroe’s is proud to lead the pack in supporting an organization that is dedicated to restoring and stopping human trafficking.

Approximately 41 million adults and children are bought and sold annually. 4.6 million children are exploited each year in the global sex trade. Florida is ranked 3rd in human trafficking cases. These statistics are staggering, and Monroe’s of Palm Beach has a mission to help Path 2 Freedom eliminate these crimes.

“We’re excited to raise money for this amazing charity and thrilled to host it at this prestigious shooting facility,” said Scott Lizza, Owner of Monroe’s Palm Beach. To register, sponsor or for more information, visit this link or contact Jennifer Cartwright, jc@umg.club. For more information on Path 2 Freedom, visit www.path2freedom.org.

A message from ACE: Contact Congress to support hospitality workers!

Get to know the man in the hat—Jeremy Sweigert!