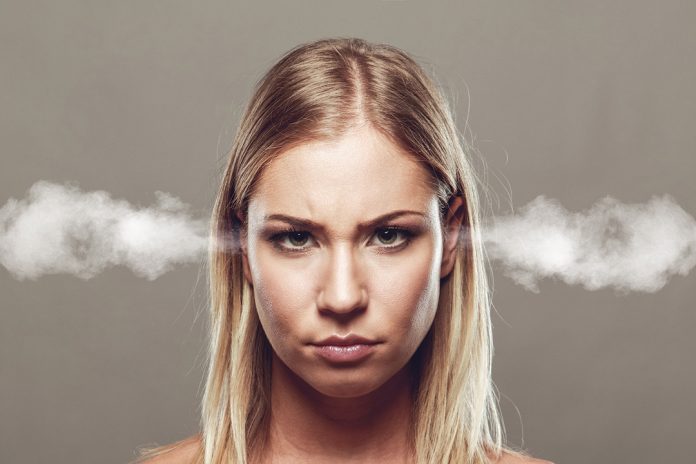 Self-admitted “dinosaur” Sherry Cooper of the Deja Vu club chain finally decided that she was fighting a losing battle against her millennial and centennial staff and entertainers. Instead, she listened — and learned. At 61, she wants to let fellow club operators know that it’s never too late to try new things.

This is addressed to my fellow dinosaurs, those of us who have been trying to herd cats for generations!  Times have changed, girls have changed, staff has changed, the millennials … (shiver). I’m writing this to make you think twice about how we can handle things better, how we can “trick” the millennials into giving us what we want, how we can get entertainers to do what we need them to do without appearing controlling and within the confines of the contract and not get sued. This is my evolution.

Millennials aren’t going to change, so we need to learn a better way to get the results that we want from them. There has been a lot of discussion on millennials/centennials being different, but not much on how to deal precisely with the situations that come up.
I had a meeting with my boss recently.  We discussed a different way to solve the age-old problem of flushing entertainers out of the dressing room. Given the state of legal affairs these days, we discussed safer ways to approach them.  I listened to him with a squinted eye and a snarl.  While he was talking and I was listening, I thought, “why do I have to change? I’ve been doing this, the same way, with much success for over 30 years.” Then it dawned on me: I have to change because we are not dealing with the same product we did 30 years ago.

Before the internet, the only place you could see a beautiful naked girl live, were peeps and nudie bars.  God knows now you can see more than you could ever imagine on the web.  Our clubs are getting sued on a regular basis now. Times have changed so we have to change, I have to change.

Customers come to our nude bars now for a different reason; it’s not as much visual as it is social. Where else is an older guy going to get attention from a beautiful girl if he can’t attract her with his looks or personality alone?  So guys come to the club for companionship, attention and interaction, not just to see what they can easily get on the internet.

Where is this going? It’s like the law of attraction: you get what you put out into this world, you get what you put out into your club. When I am mean, militant, stern, it makes my 20-something entertainers frown, grumble, defiant and cranky. And who do you think they vent to?  The staff, other dancers, boyfriends and oh yes, customers. What a mood buster that is when your customer sits with a pretty girl and all she talks about is how the manager hates her and is, well, mean.

So, after 30 years, how do I adapt?  I think it’s time to address the issues we as managers actually face, not just “the theory of millennials.”

We all have issues with young people being on their phones, texting when they shouldn’t, walking with their phone in hand, constantly checking to see if someone texts them.  I’ve been very strict, but I’m evolving.  Instead of a no phone policy with dancers and staff on the floor I’m letting them check their phone but briefly.  We don’t stop customers from checking their phones on the floor so we treat entertainers and staff the same.

Issue #2: There’s no girls on the floor

You schedule staff and they call out— or even worse, text out. Our generation wouldn’t think of this, yet it’s an epidemic these days. But I have a solution for that: I ask my employees, “What days would you prefer to work?  What works for you?” The first couple of times I did this I was twitching, but it got easier. I find that when you give them a choice, they are more likely to show up.

I also over-staff; I usually have one or two more staff scheduled to work the weekends knowing that for one reason or another, someone is going to be sick or call out or just not show up because the moon isn’t in the right position today. When everyone shows up it’s not too hard to see if anyone doesn’t feel like working that day and would rather go out with their friends. Totally not the mentality of my generation, but it works with today’s generation.

The question remains, how do we get movement when entertainers would really rather just sit and text and chat?  One things that’s worked for me is building more stages. I had three extra stages built into my club; the days of one stage are gone, as your customers expect more. Now I have five stages and a shower show. I usually run two girls per stage times five stages, that means ten girls are up at any given time plus two in the shower! Girls leaving and entering the stages puts a lot more girls on the floor and out of the dressing room. We may be old, but we are smart — but we need to be creative, too.

Issue #5: Getting the staff to promote the club

Speaking of promotions, how do you get this generation of millennials to actually go promoting with you and pretend they actually care about their club? As for staff, I find trickery one of the best ways to get them to promote. Call a staff meeting, have them all wear your club’s t-shirt.  Spend the first hour of the meeting discussing matters at hand, always end on a positive note … and don’t forget the donuts!

For the second half of the meeting, have your group divided into equal teams of four each, one driver and three employees. Create a contest: a surprise scavenger hunt!  Each team picks a name and has one driver with a car, 1,000 passes and one camera phone assigned to take pictures.  This is a timed event. Each group has a list of ten photos they need to bring back and the first team back with all complete wins!  In truth, bragging rights and a small trophy are all they are looking for.

Now say you have 16 staff, four teams run to the same spot around the city, passing out all of their passes and making a huge scene (times four). You send your people to malls where you might have them take a picture with 15 strangers, car lots where they have to have one of the sales men hold one of the staff members in their arms in front of a red car, you are creating a commotion. At least anyone watching this craziness will see the name of your club and how much fun it must be there.

The final scene of my scavenger/staff meetings is usually to run on stage and moon the crowd while an entertainer is on stage. So, easy promotion, right?  We “tricked” them into promoting and we even made it fun.

Millennials are here to stay. They have some good qualities, they are great social networkers, good multitaskers and they have more energy than you can measure.  So, my prehistoric pals, don’t be so old that you can’t be new.  See the changes and be smart enough to adapt.  Let the millennials think they are winning.  After all, happy staff and happy entertainers make happy customers, that’s the law of attraction. And happy customers spend money.

Sherry Cooper is a longtime executive, general manager and marketing pro with the Deja Vu Showgirls chain for the past 20 years. She can be reached at
sherry05cooper@gmail.com.

Lock in your web-based marketing with Moving Targets

The gig-economy app for dancers is here