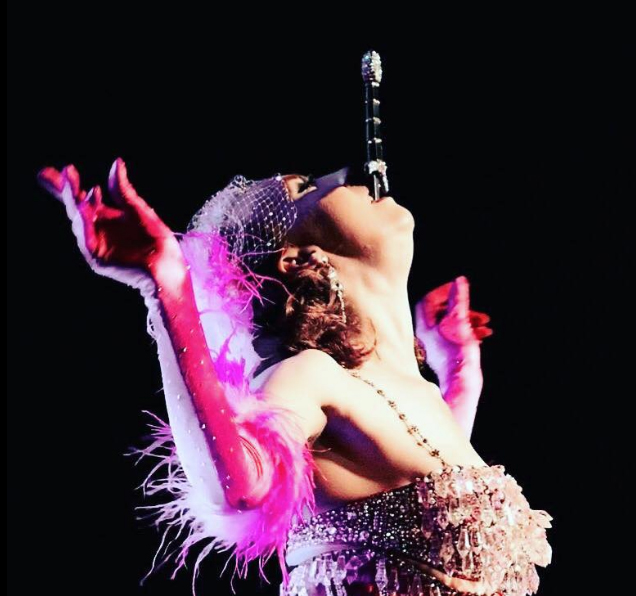 The first time you see it, your first reaction is … no, she’s not going to do that. She is not going to put that entire sword down her throat. Oh my god she is … oh my god, she did!

Portland-based entertainer Juliette Electrique has developed a reputation for her sword-swallowing act, and for good reason: It carries a “wow factor” seldom seen in a live entertainment environment. But lest you think it’s some kind of gimmick, one need only witness her “light-saber-swallowing” act to see that this is no trick. After all, you can literally watch the lightsaber go down her throat.

As impressive, skillful and jaw-dropping as her sword-swallowing act is, Juliette is no one-trick pony. Since she first started featuring and doing the EDI (Exotic Dancer Invitational) contest four years ago, she has developed a full “showgirl” act, one that was good enough to win the EDI West Newcomer Division in 2017 and take Second Runner-Up honors in the Showgirl Division at the 2018 EDI West.

We had the chance to speak with Juliette recently about that iconic sword act, how it landed her on MTV and what she has in store for the EDI West in 2019 at Bucks Cabaret in Dallas. And don’t miss her personalized Spotify playlist, courtesy of StripJointsMusic.com!

ED: How long have you been a dancer in strip clubs? Where was the first club where you danced, and what was it like the first few times you went on stage in a club?

JULIETTE: This is my 10th year. I honestly can’t remember the first club I danced at, I don’t think it’s even around anymore. Portland has probably 100 clubs and high turnover.

ED: When did you decide to become a “feature entertainer”? Did anyone inspire you to pursue a career as a feature?

“It takes years to learn and perform sword swallowing. It was just something that just kind of Interested as well as other sideshow stunts to me and I went for it. I haven’t been badly injured, just ‘sword throat’ and bruising of my esophagus. But there is always a chance if something goes wrong … it’s a very real and dangerous stunt.” – Juliette Electrique

JULIETTE: I just sort of fell into it with the EDI competition. I really love things that force me to create new and amazing performances—and tiaras I love tiaras!

ED: Talk about your sword shows; how you developed them, how long it took to get good at it. Specifically, how fun is it to see the reactions people have when you swallow your swords?

JULIETTE: I love creating a juxtaposition between my pin-up style and the classic sideshow elements. I am one of maybe 15 women in the world who swallow swords and fewer who perform full time. It is a very dangerous skill and takes years to learn.

It takes years to learn and perform sword swallowing. It was just something that just kind of Interested as well as other sideshow stunts to me and I went for it. I haven’t been badly injured, just “sword throat” and bruising of my esophagus. But there is always a chance if something goes wrong … it’s a very real and dangerous stunt.

I love people’s reactions; it really depends on the venue if I can see them or not. I am mainly on large stages, so I can’t always see how the audience reacts.

ED: You appeared on the MTV show “Amazingness” with Rob Drydek. When was that, and how did they find you?

JULIETTE: I believe it aired last year and it was fun! I am booked quite heavily in variety shows and scouted for TV shows quite often so they probably found me through the grapevine.

ED: You’ve competed in a couple of EDI contests so far. What are you most looking forward to about this year’s EDI contest?

JULIETTE: I am bringing it! I have entirely new acts which will take it to the next level.

JULIETTE: I am a vintage lover at heart but have the most eclectic taste you’ll ever come across, so I listen to everything.

JULIETTE: Probably Nina Simone? I don’t really go to concerts but I love speakeasy venues with jazz and performances.

Where do you hail from (born and raised): Portland, Oregon
How many years have you been dancing: 10
How many years have you featured: 5-ish
Favorite type of music: Swing/electro swing
Favorite recording artist: Alice Francis
Favorite song to dance to: “I Put a Spell on You” by Screamin’ Hay Hawkins
Favorite part of your work night: In Vegas? Leaving for the night. In Portland? The performances and uniqueness and the speakeasy vibe.
Pet working peeve: Men thinking it’s a petting zoo or the girlfriend store.
Advice for new feature dancers: Learn act creation, and take time to hone your skills. You can’t buy an act and expect the rest to follow, you must work for it. Invest in dance and acting and other things to help you hit your goal. 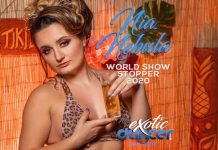 Reya Sunshine – No rest for the wicked