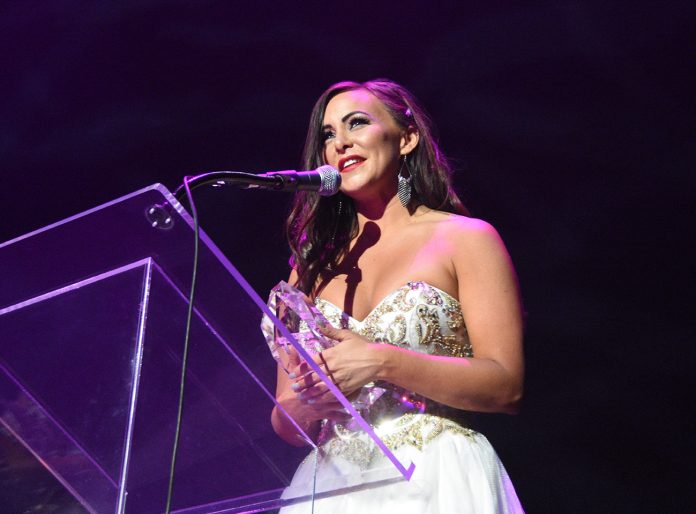 Get to know ED’s 2018 Entertainer of the Year Natasha Nova!

The phrase “burst onto the scene” is often used as hyperbole, but in the case of Natasha Nova, that’s quite literally the case. Natasha entered the EDI East’s Newcomer Division in 2015—her first-ever feature entertainer contest—only one week before the contest was held.

For the four years since, there’s been one accolade after another for this beautiful Southern belle, culminating in her recent triumph as ED’s 2018 Overall Feature Entertainer of the Year Award Winner. She’s also won multiple titles at the EDI East and West contests, including her big wins at the EDI East in 2018 and the EDI West in 2017, wins which propelled her automatic ED’s Overall Entertainer of the Year nominations.

But of course, it’s not just about the accolades and the titles. There’s a reason Natasha is booked at clubs week in and week out—and re-booked. Clubs, staff and customers simply love her. She’s personable, she’s professional, she’s gorgeous, and she puts on consistently amazing shows. Courtesy of Bob Chiappardi of StripJointsMusic.com, we had the chance to find out a bit more about the reigning Entertainer of the Year. (And don’t miss her customized Spotify playlist!)

THE EDPUB: What does it mean for you to win the most sought-after feature entertainer award, the ED’s Overall Feature Entertainer of the Year?

NATASHA NOVA: It’s everything I’ve dreamed of.  I’ve put my heart and soul, everything I have into performing. This is the ultimate reward and acknowledgement making all the hard work worth it.

THE EDPUB: You’ve become one of the most popular “showgirl” feature entertainers in our industry in very short period of time. What do you think have been the biggest reasons why you’ve done so well and become so popular? Obviously you’re one of the most beautiful entertainers in the industry, but your popularity is certainly about more than just your looks.

NN: I credit a lot of my success to my parents. I was raised with good ol’ southern values. Work hard, be kind and never take anything for granted. It’s kept me very grounded. When I show up for a booking I want it to not only be a great experience for me, but for the customers and staff as well. I appreciate them sharing their club with me and I always try my best to show them. I love doing big messy confetti shows, so it isn’t unusual to see me after the club closes crawling around all the corners picking up the stray pieces. The staff almost always laughs and tell me how I don’t need to do that, but I made the mess and I like to show them I care about the club and their time.

I think the crowd also likes my high-energy performances as well. I put a lot of effort in music choices and props to keep the show upbeat and unpredictable. I’m also a forever student; what I mean by that is, I love learning and evolving, so my shows are always growing. I’m always changing in new props and learning new skills to bring to the stage. But I think of all things, being kind has taken me the farthest.

THE ED PUB: How were you first introduced to exotic dancing? What was it that drew you to pole dancing specifically?

NN: I was in a car accident and because of it couldn’t work a few weeks. It put me behind, so I decided to dance for a weekend. I had a great time. I watched all the girls doing pole tricks, so after close I tried to climb the pole. I COULD NOT DO IT AT ALL! I was then I realized how difficult pole dancing was, and I hate being at bad at things so I was addicted from that point on!

THE ED PUB: What’s the persona you’re trying to project when you’re on stage?

NN: I want to be fun and engaging. My ultimate fear is being boring. I want to invoke emotions in my audience. I want to move them with my performances.

THE EDPUB: You’re constantly on the road as a feature entertainer, but what’s the most exotic place you’ve traveled to?

THE EDPUB: Your “bellhop” show has become a crowd favorite. When did you come up with the idea of the luggage cart, and what type of challenges did that show (and doing all of those dance moves and acrobatics on the cart) present? What are the best comments you’ve heard about that show?

NN: I love my Bellhop routine! It was one of my most creative shows to put together. I use to watch a show called “FaceOff” that was a special effects makeup artist competition. My favorite episode aired in 2013. The task was to create Tim-Burton-style makeup. For some reason the Bellhop makeup and costume was so memorable to me. I was sitting one day daydreaming and the episode popped in my head and I thought, “Oh my gosh! What a fun show idea!” Shortly after I thought of a bellhop cart as an aerial apparatus. I don’t think I know a single traveling showgirl who hasn’t maybe had a few drinks and played on a cart at her hotel. From there I bought one for my house and just figured out what shapes I could make and what existing aerial moves I could adapt.

Where do you hail from (born and raised): I was born and raised in Louisville Kentucky. I got a nice mix of country and city girl 😉

How many years have you featured: 3.5 of those featuring.

Favorite type of music:  I’m extremely eclectic. I can work multiples of types of music in any set. I like being well rounded so that everyone in the audience enjoys something.

Favorite song to dance to: This is always changing but right now it’s Bad Wolves “Zombie.” I love songs that have great rise and falls. I was a huge fan of the Cranberries when I was young. Bad Wolves did an amazing big job bring “Zombie” back as a hit, and the story behind them working with Dolores (Cranberries vocalist) right before she passed away and having her blessing to do the song will give you chills.

Favorite club manager: I love all the managers that I work with! If I have to shout out one Jerry Reid Jr. with Pure Gold Chain. He and his wife and his staff have always treated me like family and he was one of the first people to ever book me. He is one of the most involved in his clubs and respectful owner/managers I’ve worked with.

Favorite DJ: I’m close to so many I could never pick just one.

Pet working peeve: When customers take money off the stage and re-tip with it.

Advice for new feature dancers: It’s hard, but if you want it never give up! Always be a student, always be learning new skills to add to your shows!

What songs does Natasha like to listen to on and off stage? Find out by checking out her customized Spotify playlist, courtesy of StripJointsMusic.com! 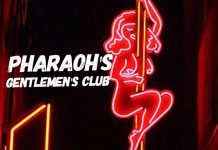 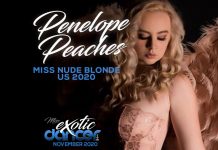 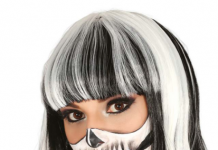 Is Texas’ skeleton strip club a trick or a treat?

November 24, 2020
The emperor wants no clothes. Pharaoh’s Gentlemen’s Club in Cheektowaga, New York, has filed a motion asking the New York Supreme Court to stop the...

Is Texas’ skeleton strip club a trick or a treat?

October 29, 2020
How do you like your strippers? Tall? Curvy? Skinny? Athletic? If you like your girls thin, there’s a pop-up strip club in Texas that you...

October 29, 2020
With just over six months until EXPO 20/21 (May 23-26) at the InterContinental Hotel in Miami, ED Publications has released the official eight-page brochure...

November 24, 2020
The emperor wants no clothes. Pharaoh’s Gentlemen’s Club in Cheektowaga, New York, has filed a motion asking the New York Supreme Court to stop the...

October 29, 2020
With just over six months until EXPO 20/21 (May 23-26) at the InterContinental Hotel in Miami, ED Publications has released the official eight-page brochure...