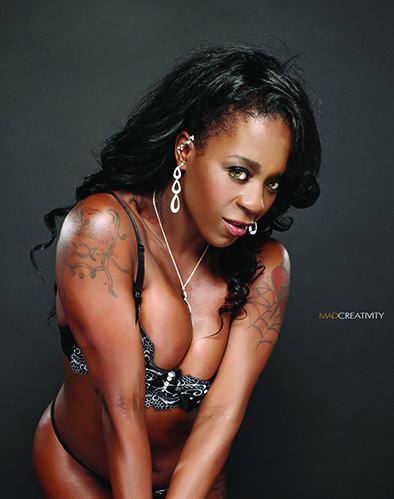 With several titles to her name, including the winner of the EDI East Showgirl Division (2017), Aria Moon shines brightly with her impressive dance ability and creative feature shows.

Aria Moon has come a long way from Target underwear and two-inch church heels — her “wardrobe” as an untested rookie at Little Darlings in Kalamazoo, Michigan a decade ago.

“The first time was amateur night,” recalls Moon. “The pole was this looming monstrosity in my way and the customers confused me. It was an over-confident shit show. After a few weeks, I came to adore the customers, the pole became a useful tool and I’ve upgraded the outfits.”

It wasn’t just the outfits that received the upgrade — Moon has elevated her game as an overall performer since. She’s ridden her abilities as a dynamic dancer and performer to the EDI East Showgirl Division title in 2017 and an ED Entertainer of the Year nomination that same year.

EXOTIC DANCER got a chance to speak with her about becoming a feature, past and future EDI competitions, and her current musical tastes. Plus, don’t miss her personalized Spotify playlist, courtesy of StripJointsMusic.com!

ED:  When did you decide to become a feature entertainer? Did anyone inspire you to pursue a career as a feature?

MOON:  It was 2009. Autumn Rayne (a currently touring feature entertainer) was a house dancer at my current club, Angels Gentlemen’s Club in Kalamazoo. She mentioned it because of my exuberance on stage. Though I didn’t think any more of it, I’m happy she planted the seed. I remember reading something in one of the magazines; it was an article about Nudes-a-Poppin. I don’t remember the name of the dancer, but she mentioned having a Theater/Dance degree. I went, “So do I!” She also talked about her love of naked and sensualized performance. I thought, ‘I like performing. I can create shows. Let’s do this.’ So, I started competing.

ED:  What is your favorite part of being a feature entertainer? How would you describe your “personality” as a feature, and what are some of your favorite shows?

MOON:  That’s a tough one. When I step on stage, it becomes my domain. If I want to be a sex kitten, great. If I feel like being comical, all the better. It’s my kingdom, so I can do as I please. As far as a feature “personality,” let’s call it fun and feral. My favorite feature shows are “Marionette” and “Nerd”. There is one other favorite, but I won’t ever repeat it as it was my “Goddess” show at the 2017 ED EXPO. When I worry if I’m any good (the entertainer’s curse), I just think back on that moment and the feeling.

ED:  You’ve not only competed in several EDI contests, you won the Showgirl Division of the EDI East! What are your fondest EDI memories? What are you looking forward to about your guest show at the EDI East at the Pony Club in Memphis?

MOON: Ha! When I won the Showgirl Division of EDI East, huh? You mean when everyone else cried more and harder than I did! That was definitely a fond memory.

At a previous competition, there was a moment with Lacey Rain and a couple of others (I don’t remember … don’t judge. We drank a lot after and we deserved it!). We played a game: imitate a feature’s movements and stage mannerisms. It helped us to see what we liked about each other’s shows, what we could use to grow — step outside our boxes.

I’m looking forward to performing at the Pony Club in Memphis. The patrons and staff of the other Pony clubs I’ve performed at were open to a good time. I have a feeling that when I jump off of the stage and invite the customers to a dance-off they will be more than happy to join in. I also can’t wait to see my peeps again.

When I step on stage, it becomes my domain. If I want to be a sex kitten, great. If I feel like being comical, all the better. It’s my kingdom, so I can do as I please. — Aria Moon

ED:  What are your favorite types of music to dance to? Conversely, what music do you listen to when you aren’t working a club?

MOON:  There isn’t only one single genre that I dance to. If it has a solid beat, great composition and fun and/or inspiring lyrics, I’m moving my feet and hips. I promise that isn’t a cop-out answer. I just love moving. I dance to T.V. series theme music! I can’t help it! If I’m looking to relax or focus on something else, I tend to drift towards jazz, blues, and alternative rock. I still end up dancing most times, though.

ED:  If you could see a concert of any musician or band, living or deceased, who would it be?

Where do you hail from (born and raised): Chicago
How many years have you been dancing:  10
How many years have you featured:  6
Favorite type of music:  Everything!
Favorite recording artist:  Michael Jackson
Favorite song to dance to:  Dear Hades, that changes by the day. What can I say?
I’m mercurial. Today, “High Hopes” by Panic! at the Disco.
Favorite song to listen to:  “Crowded Elevator” by Incubus
Favorite club manager:  Becky Brooks, day manager of Angels Gentlemen’s Club. Funny with brass ovaries.
Favorite DJ or industry pro: Robert Aiken. Former DJ. Currently the reason us showgirls can pull off such amazing shows for the EDIs [Aiken heads the stage crew for the EDI East and West shows and assists with production of the Annual ED’s Awards Show—Ed.]. If anyone disagrees, they can fight me.
Favorite part of your work night:  Other than dancing my pretty not-so-little ass off, is getting to know the denizens of the clubs I visit.
Pet working peeve:  No means no. I have a killer choke-hold. Don’t make me use it.
Advice for new feature dancers: This is going to be a hard road, no matter who you are or where you come from.  So, toughen those tits (metaphorically speaking) and be unequivocally you. Take it seriously, though. The industry doesn’t have time or space for unprofessionalism. We all have enough to deal with from muggles, we don’t need unnecessary drama added to it. 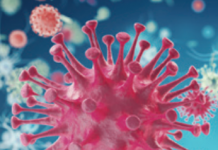 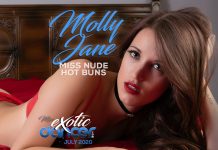 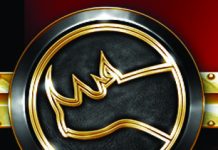 July 1, 2020
Hey there! I'm a small-town girl born and raised in Effingham, Illinois. I started dancing six years ago at a small-town club in Tuscola,...

June 26, 2020
(The following was posted by John Gray, CEO & Founder of the Spearmint Rhino club chain, on his Facebook page today): These are indeed trying...
- Recommended Service -

June 26, 2020
(The following was posted by John Gray, CEO & Founder of the Spearmint Rhino club chain, on his Facebook page today): These are indeed trying...

June 26, 2020
(The following was posted by John Gray, CEO & Founder of the Spearmint Rhino club chain, on his Facebook page today): These are indeed trying...