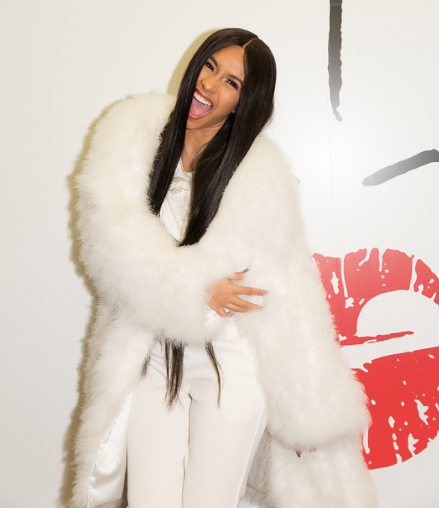 As the Editor-In-Chief of the gentlemen’s club industry’s only business magazine, its only national convention and only national awards show, I really enjoy seeing people who’ve had some attachment to our industry going on to achieve mainstream success. One good example of this is Diablo Cody. After writing the book “Candy Girl: A Year in the Life of an Unlikely Stripper” in 2005, we asked Diablo to be the Keynote Speaker at the EXPO in 2006. She did, gave a great speech, had a great time and went on about her way. Just two years later, she won an Academy Award for Best Screenplay for “Juno,” and she was the toast of Hollywood. Of course, I enjoyed telling people, “She was at our EXPO!”

There have been others as well. More recently, TV star Amber Rose called Delilah’s in Philadelphia home for a while, as she was an exotic dancer there before she’d go on to star on “America’s Top Model” and “Dancing With the Stars.” Even Lady Gaga has admitted to stripping—only in the burlesque style, or so she says—in some New York City clubs. And Channing Tatum of “Magic Mike” fame was a real-life male stripper for a while, and as some articles on him have noted, he “attended a stripping conference or two in the late ‘90s.” (The EXPO is really the only “stripper conference” … so was he at the Tropicana in ’98 or Caesar’s in ’99? I’ll have to check our photo archives!)

Which leads us to Cardi B. Not only had a “former stripper” become one of the most popular hip-hop performers in the world, she readily embraced her past rather than hiding from it, as so many in her position tend to do. In a recent interview with CBS Sunday Morning, Cardi B reminisced about her days at the Satin Dolls club in Manhattan.

“A lot of women here, they taught me to be more powerful,” she said in that interview. “I did gain, like, a passion and love [for] performing. It made me feel pretty… I’m glad for this chapter in my life. A lot of people always want to make fun of me— ‘Oh, you used to be a stripper!’—I don’t ever regret it, because I learned a lot. I feel like it matured me.”

A stripper-makes-it-big feel-good story, right? Absolutely—until it all came crashing to a halt this past Sunday, March 24th, when she offered a shocking and disturbing revelation on her Instagram Live account. While discussing her past as a stripper, she discussed situations where customers asked her to leave the club and go to a hotel with them. “[I’d say], ‘Oh yeah, you want to f*ck me? Yeah yeah yeah, let’s go back to this hotel,’ and I drugged n****s up and I robbed them. That’s what I used to do.”

Not surprisingly, a social media shitstorm was soon to follow, with many (though not all) slamming the Grammy winner as someone who should be “cancelled.” Seemingly caught off guard by the avalanche of negative attention, Cardi B offered a sincere apology and was genuinely sorry for what she’d done.

Just kidding. She didn’t apologize at all. Instead, she embraced her actions.

So, yeah, she doesn’t seem ready to apologize about drugging and robbing men anytime soon. In fact, she’s doubling down on it. Cardi B is about to star in a major motion picture alongside such big-name actresses as Jennifer Lopez, Keke Palmer and Constance Wu, in a movie that looks to glorify the idea of getting club customers intoxicated and robbing them. It’s a so-called “stripper revenge” flick dubbed “Hustlers” that’s currently in production, and the film is based on a New York Magazine/The Cut article from 2015 titled “The Hustlers at Scores.” The movie will follow “a crew of savvy former strip club (entertainers) who band together to turn the tables on their Wall Street clients.”

Here’s a wonderful snippet from that TheCut.com article, which centers around a dancer named Samantha Foxx, who was the alleged ringleader of this band of dancers who figured out a way to take advantage of these “Wall Street clients”:

“If the client Samantha reached out to expressed interest, she’d have Marsi or Karina meet him out. They’d wine and dine him, then the others would show up, and then, when he was drunk on alcohol and feminine attention, they’d steer him toward one of the clubs from which they had negotiated a lucrative percentage of his spending. Then they would proceed to run up his credit card as far as they could push it.

“Of course, it didn’t always work. Sometimes they’d go through the whole performance and the guy would be too tired to go out; they would offer him drugs for extra energy, but he would be too lame to take them. In the face of such situations, Samantha had come up with the innovation that was making her rich: a special drink spiked with MDMA and ketamine.”

So, that’s what we can all look forward to in 2020: A “stripper revenge” flick where male club customers are now the villains, and the audience cheers as the girls “win” and the scumbags lose—after getting illegally drugged.

Of course, I have to reserve judgment on the movie until it comes out. But can’t we all just see it now? The men will be portrayed as rich, slimy Wall Street douchebags who demean and degrade the strippers and, eventually, get their comeuppance. Hey, I love a good comeuppance film as much as the next person (in fact, I LOVE movies where the person who’s always getting pushed around gets revenge on the “bad guys”).

Maybe some of these Wall Street clowns did deserve some form of comeuppance. But of course, it isn’t just the “slimy douchebags” who are seen as the bad guys. With Cardi B’s comments receiving lots of attention and no apologies and “Hustlers” in production, the next logical question is, will all strip club customers become villains as well? Is any guy who walks into a strip club and buys a lap dance a “bad guy” simply for doing so?

Get to know … Brittany Andrews!