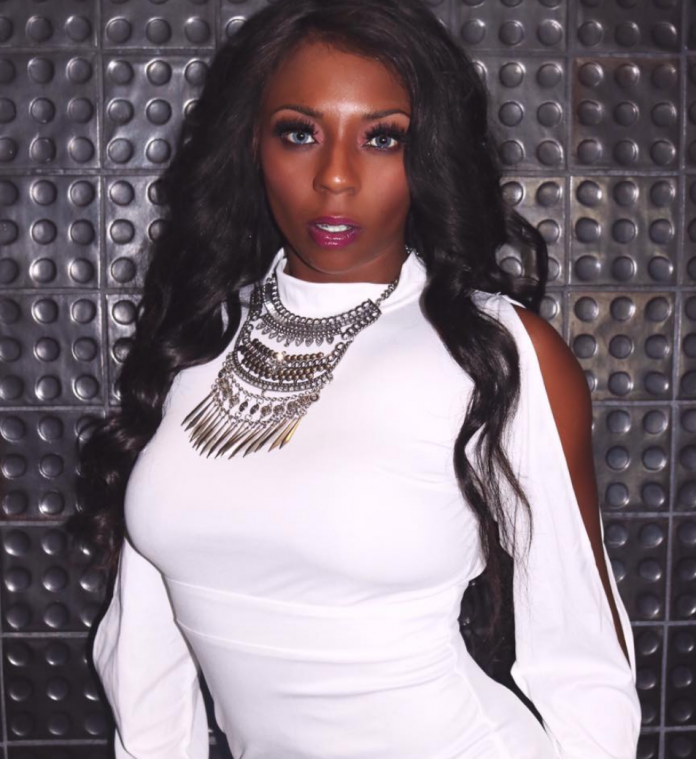 Feature entertainer Blake Monroe dishes on various topics ahead of this year’s EDIs, reveals her ultimate “mega-concert,” and offers her own personalized Spotify playlist, courtesy of StripJointsMusic!

She was starting out in Knoxville, Tennessee as an exotic dancer and she recalls seeing the house dancers’ fluidity, honed by repetition on pole and floor work. Over the next six years, Blake did everything in her power to join the ranks of those who commanded attention on the stage with their grace and skill.

We had the chance to ask Blake about her exotic dancing career, Michael Jackson and the EDIs, as well as her favorite music to play in and out of the club. Don’t miss Blake’s personalized Spotify playlist, courtesy of StripJointsMusic.com!

ED: When did you decide to become a feature entertainer? Did anyone inspire you to pursue a career as a feature?

BLAKE: I decided to become a featured performer after competing in a local competition and winning my first title as “Miss Nude Tennessee.” Michael Jackson was my biggest inspiration and I desired polishing myself as a performer. One of my favorite quotes of his is “when the world is on your shoulders, straighten up and boogie down.”

ED: What is your favorite part of being a feature entertainer? How would you describe your “personality” as a feature, and what are some of your favorite shows?

BLAKE: What’s so gratifying for me as a feature is being able to create and share my work with the world. I would describe my stage personality as fierce and igniting. My favorite sets are the White Tiger Warrior, and Evil-Lyn; the crowds love them.

ED: You’ve competed in a couple of EDI contests so far. What are you most looking forward to about this year’s EDI contest?

BLAKE: I look forward to showcasing a flawless high-energy performance; every year I strive to advance mentally and physically. I’m excited to showcase my growth.

What’s so gratifying for me as a feature is being able to create and share my work with the world. I would describe my stage personality as fierce and igniting.
— Blake

BLAKE: My favorite genres of music I really enjoy dancing to include: Latin/Hispanic, reggae and dubstep. Conversely, I listen to varies styles, but my favorite music to listen to when I’m not working are soul music, instrumentals, gangsta rap, and jazz.

BLAKE: If I could see a concert of any band dead or alive, it would have to be a quadruple mega-show that would include: Elvis Presley, Rick James, Prince, The Average White Band, and Sheila E. I think every performer and or band’s showmanship is undeniable and incredible. I think the whole concert would be a range of smiles, cries and great heart-dropping moments.

Where do you hail from (born and raised): Detroit
How many years have you been dancing: 6 years professionally exotic dancing
How many years have you featured: 2 years
Favorite type of music: Soul music
Favorite recording artist: The Righteous Brothers
Favorite song to dance to: “The Cha-Cha Slide” by DJ Casper
Favorite song to listen to: “Summertime Madness” by Kool & The Gang
Favorite club manager: Mr. T
Favorite DJ: Jeremey Sweigert
Favorite part of your work night: Changing outfits
Pet working peeve: Not having eyelash glue
Advice for new feature dancers: Stay organized, smile and remember that your confidence is your shield of beauty