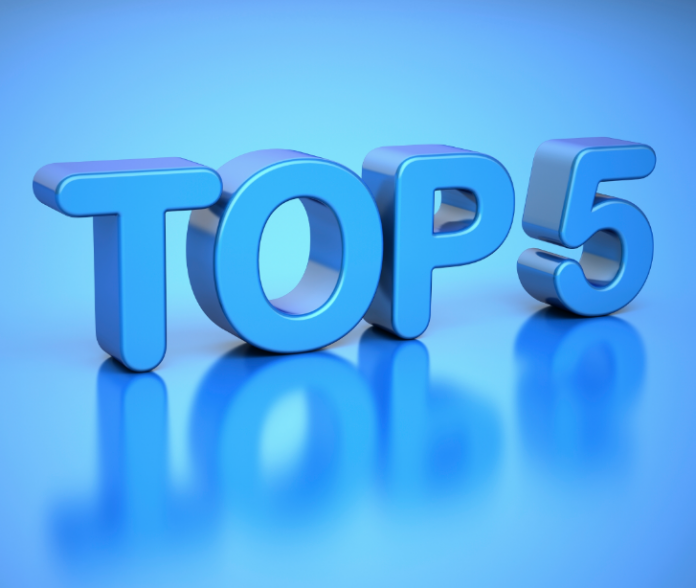 With the 2019 Gentlemen’s Club EXPO only about 80 days away, we want to make sure you have some updated information to hit the ground running at this year’s convention. Here are 5 things you NEED to know about EXPO 2019 at Planet Hollywood in Las Vegas!

1You can save some serious cash on EXPO badges right now—but the early registration discount expires in just 9 days!

Bad news: The early registration rate of $299 per badge expires in just 9 days on May 30! While you’re at it, book your hotel room at Planet Hollywood before our block sells out (which it has for the past few years!) Rooms are just $79 each night (Sunday through Wednesday), and are available by visting this online link or by calling 1-866-317-1829 and requesting the “Gentlemen’s Club EXPO 2019” special rate. And remember, you save 10% when you register three or more!

He’s the star of his own Comedy Central series, “Stupid Questions with Chris Distefano,” as well as his own brand-new, one-hour Comedy Central Special, “Chris Distefano: Size 38 Waist.” You’ve seen him on MTV (“Guy Code/Girl Code”), and on such hit TV shows as TruTV’s Comedy Knockout, NBC’s Late Night with Seth Meyers, CBS’ Late Show with David Letterman, and AXS TV’s Gotham Comedy Live. And how he’s coming to the Criss Angel Theater for the gentlemen’s club industry’s only national Awards Show on Tuesday, August 13th! Get your tickets today for just $69 ($89 after May 30th!)

3All that glitters at the Keynote is Gould—Andy Gould, that is

Every club owner and operator understands the challenges that come with managing the egos of entertainers, DJs, bartenders and cocktail servers. Our EXPO Keynote Speaker, Andy Gould, understands the challenges of managing massive egos and the chaos that can sometimes ensue when egos run amok. After managing musicians like Axl Rose and the rest of Guns N Roses, and producing several Rob Zombie films including “Halloween,” “Halloween 2,” “The Devil’s Rejects” and “House of 1,000 Corpses,” Andy clearly has a grasp on what it means to manage these high-ego stars and control the chaos that can sometimes ensue. That idea, “Controlling Chaos,” is the theme of EXPO 2019’s Keynote Address (Tuesday, August 13th, 12:30-1 pm). The Keynote Address is sponsored by Bob Chiappardi of StripJointsMusic.com.

4Get “certified” in key areas of club operation, with our first-ever ED University Certification Training Seminars!

At this year’s EXPO, ED Publications is introducing the first-ever ED University Certification Series. This program will include four certification courses on very specific areas of club operation: Security and proper use of force; Liquor liability and over-serving; Credit card chargeback prevention; Leadership/management training. There will also be a “bonus” seminar for DJs and managers showcasing the “S.M.I.L.E.” training program.

“We’re calling it the ‘ED University’ Certification Series because by using the word‘university’ we send the message that these are educational classes where attendees will actually be students in a sense,” says ED Publisher Don Waitt. “Attendees will leave those classes educated about the latest developments in club operations and they will receive a certificate of completion—a diploma, if you will—for having attended those classes.”

“There are certain areas of training that are expected by the companies who underwrite insurance to the gentlemen’s club industry. Formal training for your staff in the areas of alcohol service and club security isn’t ‘preferred,’ it’s ‘expected,’” says Grant Veitch of Associated Underwriters.

You’ve seen your share of bikini contests—been there, done that. But when have you ever attended at $10,000 Lingerie Contest and Pajama Jam?! On Wednesday, August 14th (2:30-5:30 pm), our EXPO “chill day” event leaves the sweltering Vegas heat to the comfort of Planet Hollywood’s Gallery Nightclub for a day party like none other. Presented by Religion Tequila (and co-sponsored by Shadow Cabaret), our Lingerie Contest and Pajama Jam will boast some of the industry’s hottest entertainers in even hotter outfits, as they compete for their share of $10,000 in cash and advertising with ED Publications. Even those who aren’t competing are invited to get in on the action, as we’ll be presenting a cash prize for the guy or girl who comes dressed in the wildest pajamas! Club owners note: If you enter one of your club’s entertainers into the lingerie contest, she gets her EXPO badge for free!

Cutting the rug with Marsha Jones

Virgin’s purchase of Hard Rock will NOT impact Expo